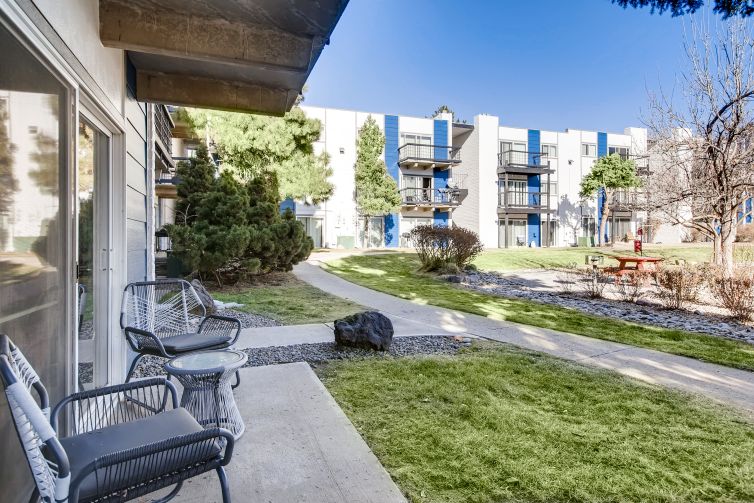 A shot of Loft 9 in Denver. Courtesy: Greystone

The properties are located in Denver, Maryland and Kentucky.

“I advised on the recapitalization of these three deals,” Greystone managing director Dan Sacks told CO. “We [managed to bring] down their debt service payments, recapture part of the initial equity and reset the interest only period to increase the cash flow, while paying down investor capital. It was a win-win for the properties and the investor, and now they can position these properties for the next 10 or so years.”

The largest loan within the package was a $93 million deal to refinance previous Freddie Mac-backed Greystone debt on The Gallery on New Hampshire, a 675-unit residential community at 9408 Adelphi Road in Adelphi, Md. and formerly known as The Communities at Arbor Vista. Besyata acquired the complex in August 2017 for $89 million.

The Gallery on New Hampshire, located next to New Hampshire Avenue, a main artery that leads into metropolitan Washington, D.C., spans just under 28 acres. The site comprises 36, two-, three- and 3.5-story buildings that were developed from 1955 to 1960, according to Greystone. The property connects what used to be three, separate properties that now currently operate as one complex.

The complex has 27 laundry facilities that are located throughout the basement and ground level areas of buildings. It also features a one-story clubhouse with a fitness room and conference and business centers as well as a swimming pool, playground areas, a soccer field and 572 surface parking spaces.

The second loan was a $52.5 million Fannie Mae-backed refinance of a previous Greystone bridge loan Besyata used to acquire Loft 9, a 418-unit complex at 11100 East Dartmouth Avenue in Denver. Besyata purchased the complex for $59 million in 2018.

Built between 1975 and 1978, Loft 9 sits on an 11-acre parcel and comprises two three-story residential buildings as well as a pool house and a maintenance garage. The complex went through a renovation that was completed in 2014 and again in 2018.

Amenities at Loft 9 include two pools, a clubhouse that includes a fitness center, a business center, a recreation room, a media room and a racquetball court. Other amenities include a playground, a BBQ area, an outdoor basketball court, a fenced dog park and two communal laundry facilities.

The third deal was another $52.5 million loan, this time on the Park at Hurstbourne at 6000 Big Ben Drive in Louisville, Ky. Besyata acquired the complex in March 2017 for just under $52.9 million and deployed $3 million as part of a capital expenditure campaign. The current value of the property is $73.8 million, according to Greystone.

Park at Hurstbourne consists of 32, three-story buildings spread across 807,735 square feet. The complex is situated on just over 49 acres.

Officials at Besyata could not immediately be reached.