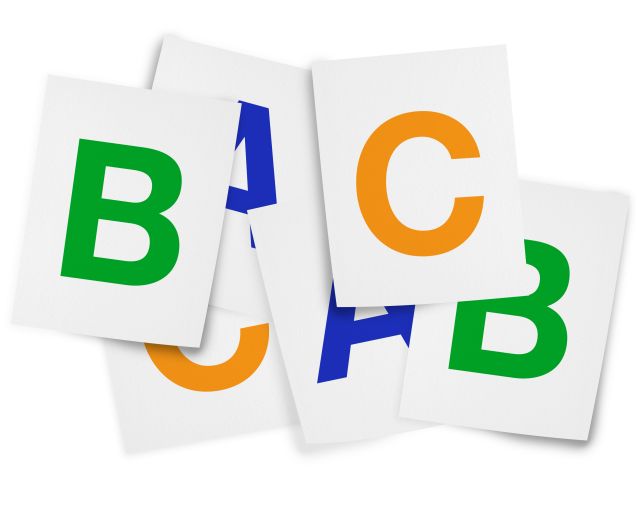 Will buildings be graded like restaurants on their energy consumption? Illustration by Kaitlyn Flannagan for CO.

People might avoid eating at a restaurant with a “C” grade, but will they avoid living in a building with the same score? That’s the question building owners have to start asking themselves when a new law takes effect next year that will give properties a letter grade based on their energy consumption for the year.

Last year, Mayor Bill de Blasio signed Local Law 33 into effect, which would require residential and commercial buildings of more than 25,000 square feet to post an energy efficiency grade — ranging from “A” to “F” — near a public entrance starting in January 2020. And, as part of the nine-bill Climate Mobilization Act passed earlier this year, the city passed an amendment to Local Law 33 which slightly lessened the scores needed to achieve each grade.

“Owners are fearful,” said Jeff Hendler, the CEO of Logical Buildings, which operates a building energy management software platform. “[If a prospective tenant] walks into a building and they see a ‘D’ they’re going to ask why is there a ‘D’ on the front door of the building, [why] they have a very poor Energy Star score … When there’s another choice up the block that has an ‘A’ or a ‘B,’ that’s going to go into their decision box of things that’s important to them when they sign the lease.”

That worry can also extend to retail tenants — especially ones where sustainability is part of their brand, like Whole Foods — who might not want to lease space in properties with low ratings, Hendler said. “It’s definitely going to be part of the decision-making process on the commercial space,” he said.

The letter grades will be based on the United States Department of Energy’s Energy Star score, which gets generated through several measures including how much energy is used per square foot each year. Buildings that score an 85 or higher will get awarded an “A” rating, 70 or higher a “B,” 55 or higher a “C,” less than 55 a “D,” and an “F” if an owner doesn’t submit the information to the city, according to the legislation.

If it’s not feasible to obtain a score for a building it will get an “N” rating and the city plans to audit the information submitted for the ranking, the bill said.

Proponents of the bill argue this will help drive the city’s building owners to cut down on energy usage and carbon emissions. But some don’t think the Energy Star rating is the best measure by which to rate the efficiency of a property.

“The scores are based on Energy Star ratings, which is great for scoring dishwashers but deeply flawed for skyscrapers,” said Jordan Barowitz, a spokesman for the Durst Organization. “The ratings system will be more confusing than anything else.”

The problem, Hendler said, is the Energy Star ranking is too general and doesn’t account for things like energy hog tenants or high ceilings. High ceilings can boost a property’s square footage and make it use more energy to heat or cool spaces, Hendler added.

“That’s a really tough metric for a building,” he said. “It’s not apples and apples in terms of a comparison.”

Barowitz added that what with recent efforts by the Trump administration to weaken Energy Star standards for appliances and eliminate funding for the program, it’s increasingly becoming less of a useful benchmark to grade buildings.

But the legislation has at least gotten owners thinking about what grade they will get and the steps they can take to boost their ranking, said Kelly Dougherty, the director of energy management for FS Energy, which aims to reduce consumption for properties in management company FirstService Residential’s portfolio.

One simple and relatively affordable step landlords can take would be to convert all lighting in the property to LED ones, she said.

“So many buildings just haven’t done it yet,” Dougherty said. “It’s a really simple way to reduce electric consumption. That’s always going to be my baseline to say, ‘Have you done this yet?’ “

The next step Dougherty suggested would be installing building or energy management systems to monitor consumption in real-time and learn how to spot trouble areas or hire a company to manage it.

“Can they look at the data and say, ‘Why is there a peak going on in this time period?’ ” she said. “Otherwise, it just becomes another box on the wall, but expensive and shiny.”

While prices for those two upgrades can vary widely, there’s plenty of incentives offered by agencies like Consolidate Energy to offset some of the costs for owners, Hendler said. One of Handler’s clients was able to drop the costs of energy efficiency upgrades from about $85,000 to $40,000 using them.

“They were able to get a [return on investment] in a matter of five months,” he said. “That’s a pretty powerful return.”

And with the city’s stricter Climate Mobilization Act rules coming into effect in 2025 that could cause owners to face significant fines if they don’t comply with the new energy efficiency and emissions standards, Dougherty said it was important for landlords to develop a plan now of how to make their portfolios greener.

“It’s going to be really bad if everybody waits until the last minute,” she said. “There’s not going to be enough time to get all of it done and the Department of Buildings is going to have a significant amount of permit requests. It’s smarter for a building owner to partner with an engineering company [to create a plan] within the next year.”