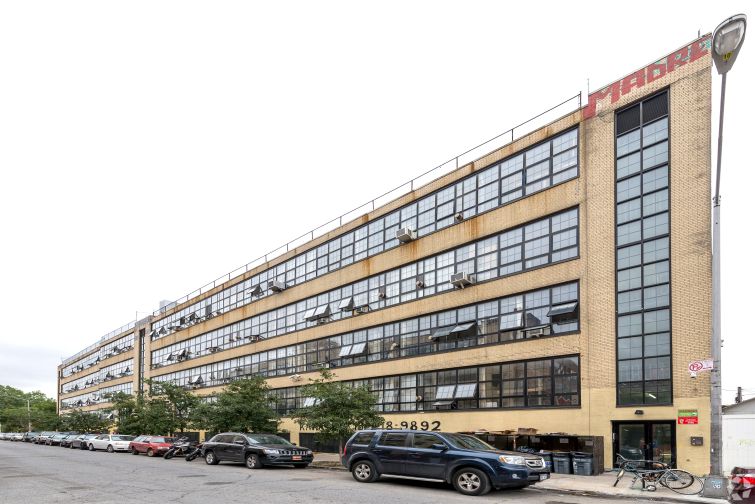 The owner of one of the “hipster dorms” in the McKibbin Lofts buildings in East Williamsburg, Brooklyn, has racked up $278,400 in unpaid penalties following charges that it converted the space into illegal hotel rentals, a new lawsuit claims.

New York City filed a lawsuit on Tuesday in Manhattan Supreme Court against 248 McKibbin Realty LLC, the owner of 248 McKibbin Street, after the company racked up six violations for illegal conversions — ranging from $27,000 to $70,000 each — in 2016, but failed to pay any of them since that time.

Representatives for East Williamsburg-based Carnegie Management, which is listed as a managing partner for the LLC tied to the owner and has publicly stated it managed the property, did not immediately respond to a request for comment.

The five-story building and the adjacent 255 McKibbin Street were former garment factories until being turned into loft spaces and frequented by young artists in the late 1990s, The New York Times reported. The pair, dubbed the McKibbin Lofts, became notorious for their paper-thin walls, loud parties and college-like atmosphere earning them the nickname the “hipster dorms.”

The legal troubles started on Feb. 24, 2016, when an inspector with the New York City Department of Buildings found one loft in the 80-unit building between McKibbin and Seigel Courts was illegally converted into a hotel, the suit claims. The owner of the building never showed up to the Office of Administrative Trials and Hearing (OATH) in 2017 and was hit with a $70,000 fine.

Inspectors issued five more violations for the illegal division of apartments until May 4, 2016, and several units were vacated by the city for safety violations during that time, according to the suit and reports by DNAinfo.

The city found a fourth-floor apartment had no fire alarm system, insufficient natural light and ventilation along with “multiple bunk beds exceeding occupancy,” DNAinfo reported. In another, an artist and nude model charged guests as little as $50 a night on Airbnb to rent one of several beds in her subdivided loft, according to the New York Post.

It’s unclear if the other hotel listings were managed by individual tenants or the landlord, but city law holds owners responsible if illegal Airbnb’s are run out of their properties, as Commercial Observer previously reported.

The five-story 248 McKibbin Street was bought by its current owners in 2000 for an undisclosed amount, city records show.

A spokesman for the city did not immediately respond to a request for comment.