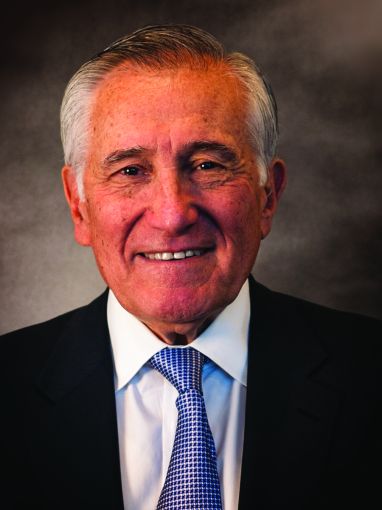 Michael Sherman has closed a deal or two over the course of his 45-year career. The Massachusetts native was in the army before a chance meeting led him to a role at Cooper-Horowitz and the start of his mortgage brokerage career. Prior to joining CBRE Capital Markets in July 2003, Sherman spent nine years in Insignia/ESG’s finance and capital markets group. Earlier in his career he worked in a debt placement role at Cushman & Wakefield and, before that, was a partner at Sonnenblick Goldman.

Today, the father of two and grandfather of four negotiates debt nationally, from construction loans to permanent financing and everything in between.

Commercial Observer: You’ve been in the industry for 45 years. How did you get your start?

Michael Sherman: It’s a kind of a cute story. I was at NYU getting a master’s degree and I befriended someone who later became very close. I then went to Vietnam and I was in the army for two years; I got the bronze star over there, as a matter of fact. When I came back, and I was working selling computer equipment, and one night I went to a holiday dinner here in New York — I’m from Massachusetts — with my friend from graduate school. He had an uncle sitting at the table who was extremely well-dressed. I sat down and asked my friend, “What does your uncle do?” and he said, “He’s a mortgage broker.” I had no idea what a mortgage broker did, so he explained it to me and I went over to [the uncle] and said, “Listen, do you have some time to talk to me?” and he agreed to meet with me. He didn’t have a role for me at the time, but he set me up with another guy who in turn introduced me to Cooper-Horowitz. So, Howard [Cooper] and Barry [Horowitz] were the ones who taught me the business. I’m still very close to Barry; he’s a very smart, wonderful guy. And Howard was equally terrific. I told them I wanted a job, and they said, “Well, we’ll think about it.” I persisted, saying, “No, I want the job.” And the next thing I knew they hired me. I had no real estate background, but I had majored in math at college and finance and graduate school.

That must have been quite an adjustment, coming back from Vietnam.

There’s a lot of patriotism in my family; my dad served in the army, his brother served in the army, and I had no intention of avoiding it. Upon completion of graduate school, I had a two-year commitment as a lieutenant. During the first year I was the director of admissions for West Point Prep School in Fort Belvoir, Virginia. And during the second year I served in Vietnam. But my transition coming back to the U.S., it wasn’t too difficult. I was very fortunate that I wasn’t an infantry officer and therefore I wasn’t in the field a lot. I was a quartermaster officer and I had a job; I flew around the country making inspections. I was very lucky that I wasn’t subject to some of the difficult times in Vietnam. I experienced it from the perspective of seeing the injured because the biggest hospital in Vietnam was where I was stationed. And I would go there occasionally just to talk to the injured. It’s something you never forget.

The brokerage world must have been a good match for your personality, as you’re still here today.

I’ve always enjoyed talking to people. I think I always had the personality to be a salesman and I certainly enjoy it. I try to do it very sincerely and I try to do it very openly. But I also always wanted to be in control of my own destiny. I didn’t want someone else deciding how much money I was going to make; if I made it, great, and if I didn’t then I only had one person to blame. I wanted that responsibility and that’s the way it’s been for 45 years. I liked the idea of getting into a business that was both very exciting and very challenging. I started with a very good firm at Cooper-Horowitz and Barry took all the time in the world to teach me the business. I’m very grateful to him for taking me on when I wasn’t even sure how to spell the word mortgage.

Is there such a thing as a typical deal for you today when it comes to construction financings?

I don’t concentrate on any one kind of deal, but the developers have got to have a very strong reputation. And second of all I work on deals where we can add value for the development; whether it’s construction or permanent financing, whether it’s a mezz loan or whatever it may be.

I’ve always found construction loans to be a bit more challenging because there are more nuances to them and more moving parts. The lenders on those transactions are usually very smart because of the risk they take in putting up money for a development that’s yet to be built, as opposed to existing bricks and mortar. But, they are geared for that; their risk profile is to do that kind of loan.

How has the construction lending landscape changed over the years?

Construction lending has changed in a similar way to all lending. I think lenders are much more careful with who they lend to these days, and I think the borrower really becomes the most important part of the loan. Lenders are more conservative in how they approach the business and they’re underwriting transactions more carefully and looking at locations more carefully. There may be a lender for every borrower, but we concentrate on the lenders with the strongest reputations, the best borrowers and the projects with the highest quality of construction. I think the construction lenders depend on us to bring them the kind of sponsors they want to do business with, at least that’s the way I look at it. So you’re going to be a little choosy as to whom you’re going to represent.  The loan-to-cost ratios have been reduced somewhat over the years, too. Not a lot, but the risk profile has ratcheted down a little bit.

You’ve worked through several real estate cycles; any sense for where we are in this one?

I’m smiling because I’ve been doing this for 45 years and have lost count of how many times people — in real estate and out of real estate — have asked where we are in the cycle. The answer is I have no idea [laughs]. And that’s the truth. It’s been a very strong market for the last two or three years. Construction lending is still harder to do than long-term lending, but I don’t see it slowing down yet. I think the economy continues to move in a positive way and as long as there’s money available it’s a question of finding the right product. Now, God forbid something happens in the next six weeks and the economy goes to hell in a handbasket! But generally speaking we are very busy in this office I think our competitors are also very busy.

Are you very relationship-focused in your business?

What’s your favorite part of the job?

Without question it’s always been the solicitation of new business. That’s how I was trained by Barry to bring the business in. My father used to say, “I can make the best pair of pants in the world but if I don’t have the materials to do it I ain’t making pants” [laughs]. So, you bring the deals in and you have the knowledge of where the home is for that deal, but the challenge I enjoy the most is going out, talking to the client, getting the deal and bringing it in. The step in the middle and finishing the deal is important too, of course!

Is the New York real estate market still in a healthy place in terms of lending, or is it too competitive?

I think the New York City market for financing is still healthy. There’s money out there for the right deals. I know that there’s an awful lot of discussion about what’s going on in the multifamily business today because of the new rent stabilization laws and therefore more people are concerned and the financing could very well be affected by that. But overall, I would say that the financing market is strong right now and I don’t see a reason for it to slow down in the near future. I think we’ll all be kept very busy on the finance brokerage side. CBRE is a great place to be; it’s a great platform the leadership of this company is excellent. I’m very happy to be in the debt group right here.