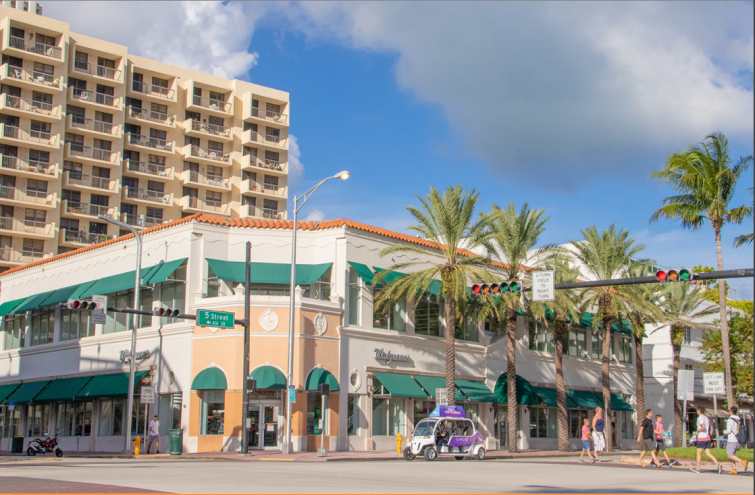 Natixis has delivered a $21.1 million mortgage loan to fund a New York buyer’s acquisition of the fee-simple interest in a Miami Beach, Fla., Walgreens store, Commercial Observer can first report.

The loan funds Allied Partners‘ $33 million purchase of the land under 509 Collins Avenue in the ritzy resort town, sources close to the deal disclosed. Natixis’s fixed-rate, 10-year debt is earmarked for inclusion in a coming mortgage-backed securities transaction.

A 15,246-square-foot building at the site, near the southern tip of the barrier islands of which the city is comprised, was built in 1995. Since 2009, it’s been leased by Walgreens in a 25-year triple-net arrangement that has extension options that would run until 2064. Walgreens pays monthly rent of $1.6 million, a figure that would escalate during the extension periods, as per offering documents in the deal.

Michael Magner led the Natixis team that made the loan, and Eric Hadar ran the show for Allied Partners. Neither immediately responded to an inquiry. Richard Horowitz of Cooper-Horowitz represented Allied Partners in its negotiations with Natixis, and brokers from Marcus & Millichap advised the seller, Miami investor Sam Herzberg. Horowitz and the Marcus & Millichap team weren’t available for comment.

The two-story storefront, which has frontage along both Collins Avenue and 5th Street, is considered a flagship location for the drugstore giant, which is controlled by parent company Walgreens Boots Alliance. The conglomerate, which also operates pharmaceutical shops in Europe, has struggled in recent years along with many of its peers from across the world of retail, but largely for reasons particular to health care.

Earlier this year, the corporation cut its expected profit figure for 2019, citing lower drug costs and slimmer reimbursement rates from insurance companies. It now says earnings growth will be near zero, down from a prior forecast of 7 to 12 percent. Shares in the company have fallen by almost a quarter since 2019’s first day of trading.

That backdrop did not deter Allied, whose purchase adds to a small Miami Beach portfolio that includes city’s Savoy Hotel, as well as a development site a block away from the Walgreens on Collins Avenue and 4th Street. In New York City, Allied is a part owner of the Citigroup Center in Midtown and the Upper West Side’s Empire Hotel. Its management-company subsidiary oversees 56 Leonard, the glassy, Jenga-like condominium building that now towers over Tribeca.