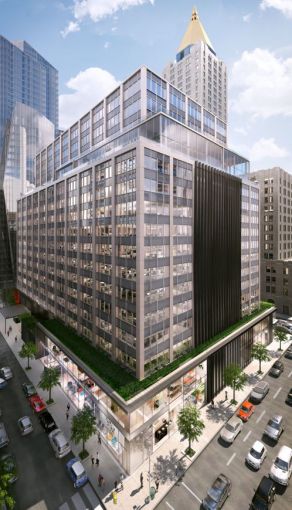 Grocery chain Whole Foods Market will open a new outpost at the base of a block-wide NoMad office tower, the landlords confirmed.

Whole Foods — which Amazon purchased for $13.4 billion in 2017 — has 500 stores around the country and the NoMad outpost would be its 15th in the New York City.

The owners of 63 Madison Avenue are in the process of renovating the 870,000-square-foot building. Plans call for a “retail glass box” on the first and second floors along with a new office lobby and private outdoor spaces for tenants on the upper floors.

Social media giant Facebook was reportedly in talks to lease the building, which has an alternate address of 28 East 28th Street, in 2018 but it passed later that year, the Post reported. Television network CBS renewed its 164,000-square-foot offices in the property in April, as Commercial Observer previously reported.

“An innovative brand like Whole Foods Market is an ideal fit for the cutting-edge retail environment we are creating at 63 Madison Avenue,” Duncan said in a statement.

“Locating at 63 Madison offers Whole Foods the opportunity to serve the office population in the NoMad and Park Avenue South submarkets,” Welles said in a statement. “It also will address the underserved residential population to the east in Kip’s Bay.”