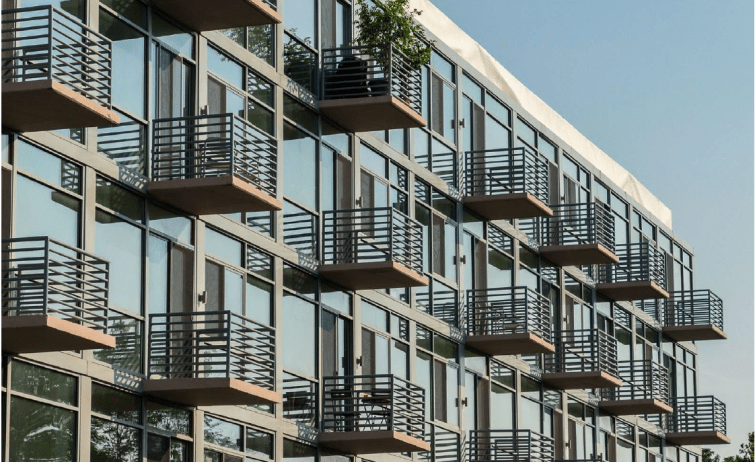 That, at least, is the verdict from Société Générale, which has come through with a $22.5 million refinancing for 250 Glasshouse, a Westchester County residential building owned by developer Ted Weinberg. The 10-year financing is intended for inclusion in an upcoming CMBS deal, Commercial Observer has learned.

True to its name, the building, at 250 South Central Avenue in the town of Hartsdale, N.Y., is a glassy new construction project, completed in 2018, that includes 51 apartments. Each unit in the five-story building comes with floor-to-ceiling windows and a balcony, and the complex also has a fitness center, an area for outdoor grilling and a roof deck.

Lending executive Tim Hallock oversaw the deal for the Paris-based financial giant, and Richard Horowitz of Cooper-Horowitz was responsible for negotiating the loan on behalf of Weinberg. Société Générale did not immediately respond to an inquiry, and Cooper-Horowitz declined to comment on the deal.

At the market-rate complex, rents for 770-square-foot one-bedroom units start at $2,850, while two-bedroom “penthouse” digs, with 1,300 square feet, go for as much at $4,900 per month. Some of the units are offered furnished. The landlord is offering one-month rent concessions on year-long leases and two-month breaks for 24-month leases, according to the building’s listing on Apartments.com

Median family income in the well-heeled hamlet was more than $130,000 in 2017, according to the Census Bureau, with more than a quarter of families taking in upwards of $200,000. Unlike in other affluent Westchester towns such as Scarsdale, however, where private homes are more prevalent, apartments are the greatest share of dwelling units in Hartsdale.

Weinberg could not immediately be reached.