Rent Stabilization — and Much Other Policy — Does Not Make Sense 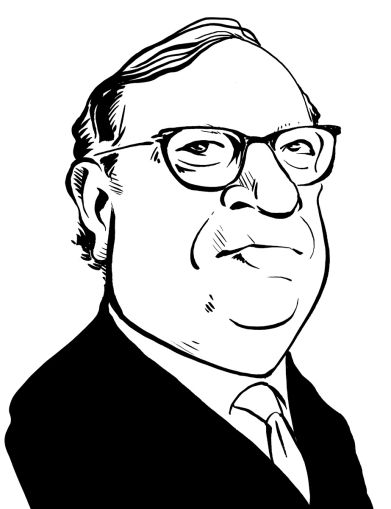 I thought that, when Amazon’s 28,000 jobs were chased away, I had seen everything, but I was wrong. Making rent stabilization permanent but leaving it as a subsidy for those residents who captured an apartment decades ago, and not allowing landlords to recover the cost of renovations makes less sense than the Amazon fiasco. The landlords may have been hurt by this legislation, but they will just build housing elsewhere; it is young families who were really harmed. There are tenants in these apartments who earn hundreds of thousands of dollars a year or have their primary residence in other states, while every young person I hire has to live in New Jersey or Westchester because they cannot find affordable housing in New York City.

At the same time, the legislature virtually ended the conversion of rental buildings to condos. That means that landlords, who cannot make a decent return on their investment, can no longer convert buildings and tenants have lost the ability to turn their rent into equity. It was the co-op boom of the 1980s that helped turn New York City around when no one was building housing. At the time, landlords were abandoning buildings because the rent laws made it impossible for landlords to pay taxes, maintenance, repairs and insurance.

This is not the first time we’ve seen policies that make no sense. Take the four-year moratorium on converting hotels to housing, enacted in 2015. Anyone in the hotel business will tell you that consumers’ tastes change and hotels take abuse by guests, so hotels constantly have to be repaired, replaced and reinvented. Frequently this involves building new buildings that are larger or smaller or that include different amenities from what the buildings previously needed. I would have thought older hotels being converted to residential use would be a good thing, but it seems that I was mistaken. The city imposed a four-year moratorium on conversions while it studied the issue. What was there to study?

What about congestion pricing? We are now going to be charged a premium to get to work because there is congestion. It is no surprise that we are being charged money for the failure of officials to perform their jobs, but it is shocking that no one noticed that it is the government that is responsible for the congestion by taking away a lane of traffic to create bike lanes, allowing half a block on many streets to be used for Citi Bikes, building barricades in the middle of streets, allowing pedicabs to slow traffic and building pedestrian plazas in the middle of streets. There is congestion, but take away all the impediments to traffic and watch the congestion disappear.

But if there were no congestion, how would our elected officials come up with billions of dollars to rebuild the subways? Of course, no one is asking the real question, which is why the subways deteriorated so much when the city and state have huge budgets and charge higher tolls every year. How did the situation get so bad, what happened to our money and what can we do to fix it? All we get are higher taxes and fees. Then there is the tragedy of the New York City Housing Authority, in which the city itself is the city’s biggest slumlord.

The problem is that no one investigates the mistakes made by officials; we just re-elect them and hope things will improve. When something goes wrong the person responsible says something absurd, like, “The money is in the wrong hands.” I work in the private sector. When things go wrong we either fix it or we lose our jobs. We do not point the finger at our clients and say it went wrong because we don’t control their money. Perhaps it is our fault for not stopping this nonsense.

Stuart Saft is the practice group leader of Holland & Knight’s New York real estate practice group and a former chairman of the board of directors of National Cooperative Bank.