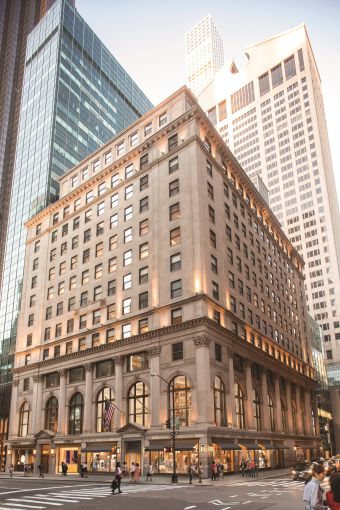 Nightingale Properties and Wafra Capital Partners have finalized their $907 million purchase of the Coca-Cola Building and scored a roughly $700 million loan from J.P. Morgan Chase in the process, sources familiar with the deal told Commercial Observer.

The acquisition team was led by Michael Gontar, the chief investment officer of WCP, and Elie Schwartz, CEO of Nightingale. Officials at both firms declined to comment.

Officials at J.P. Morgan also declined to comment on the deal, but one source described the financing’s structure as a six-month bridge loan to CMBS floater.

In May, CO reported that Nightingale and WCP had officially entered into a contract to acquire the 17-story, 354,000-square-foot office and retail building from The Coca-Cola Company for $907 million. The Real Deal had reported in April that the firm was in late stage talks to purchase the asset.

The Beaux Arts office building was designed by Floyd Brown in 1927 and served as NBC’s headquarters until 1933, when the network moved to Rockefeller Center and Columbia Pictures moved into the property. Coca-Cola purchased the building — on the southeast corner of Fifth Avenue and East 55th Street — in 1983 as part of its acquisition of Columbia Pictures. Last year, the beverages company determined that it didn’t need to retain its investment in it in order to support its activities in New York City and decided to put the property on the market.

“711 Fifth Ave. is one of Manhattan’s best-kept secrets, a premier boutique gem with a rich history that dates back to 1927,” Harmon said of the property in a C&W announcement regarding the sale in December 2018.

C&W officials could not be reached for comment by press time.