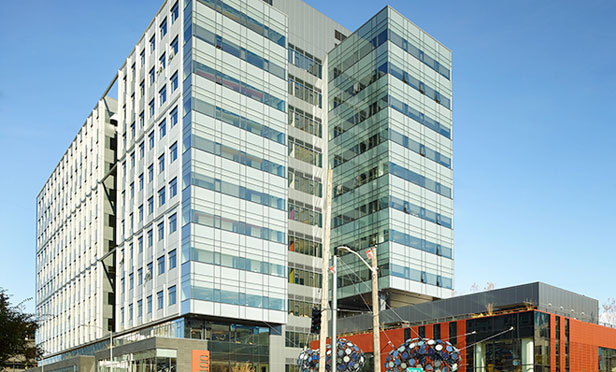 Natixis Real Estate Capital provided the five-year debt in a transaction negotiated by Cooper-Horowitz principal Richard Horowitz. Michael Magner, head of CRE originations at Natixis, led the transaction on behalf of the lender. The loan replaces existing debt on the asset, provided by MetLife.

Vulcan Real Estate built the Phase VII office for Amazon in 2015 as part of the e-commerce giant’s South Lake Union campus expansion — which included Phases VI, VII and VIII — then made a deal to sell the property to Tristar and RFR in November 2016 for $243.9 million, or $789 per square foot.

The building was designed and constructed to high technical specifications for Amazon, which began its big push into the neighborhood in 2010, and also includes a public plaza and a landscaped rooftop terrace with views over the city.

The Phase VII deal parties teamed up in October 2017 in a similar deal when TriStar and RFR acquired Centre 425, a 16-story office property fully leased to Amazon at 425 106th Avenue NE in Bellevue, Wash., as first reported by CO. Cooper-Horowitz arranged a $266 million loan with Natixis for the 350,000-square-foot asset,

“With tech giants Amazon and Microsoft each occupying more than 10 million square feet in their Seattle-based corporate headquarters, and Facebook and Google calling Seattle home for their HQ2 campuses, we will continue to expand our Seattle footprint,” David Edelstein, the president of Tristar Capital, said of the draw to the city at the time of the Centre 425 purchase.