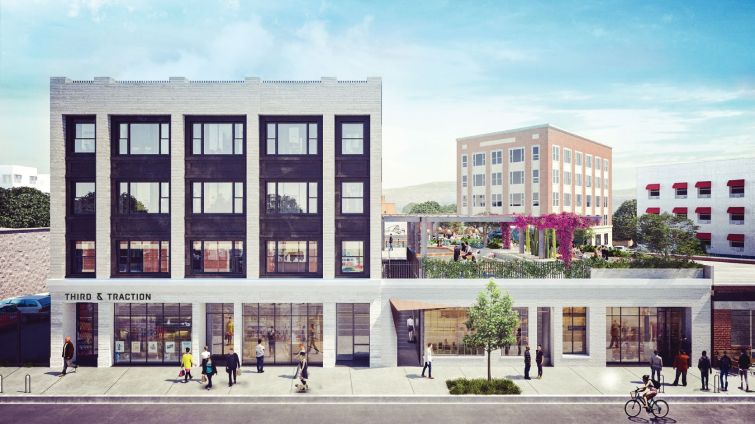 The company will open an 11,450-square-foot Terraza Cha Cha Cha on the rooftop of Third & Traction, a mixed-use development at 810 East Third Street in the Arts District. Its space will include a terrace spanning 6,590 square feet with views of downtown.

The restaurant, which offers modern Mexican cuisine, will be the group’s second Cha Cha Cha after its original in Mexico City, which offers sweeping views of the city from a roof deck in the Tabacalera neighborhood.

The four-story Arts District building, a century-old warehouse, is being converted into a mixed residential and retail building by developer Ryda. Other tenants include soon-to-open cocktail lounge Death & Company, a branch of the original East Village location, casual Mexican eatery Loqui, and menswear apparel firm Apolis.

“This is Grupo Palmares’ first concept in the United States, and we are confident it will thrive and exceed consumer expectations,” Cohan said in prepared remarks.

Construction at the development is completed and the signed tenants have all begun their build outs, said Krasney. In addition to Cha Cha Cha, Grupo Palmares also has several other rooftop concepts in Mexico City, which made them a great match for the space, Krasney said.

Ryda did not immediately respond to request for comment.