Mack Real Estate Credit Strategies provided the debt for the trio of properties. 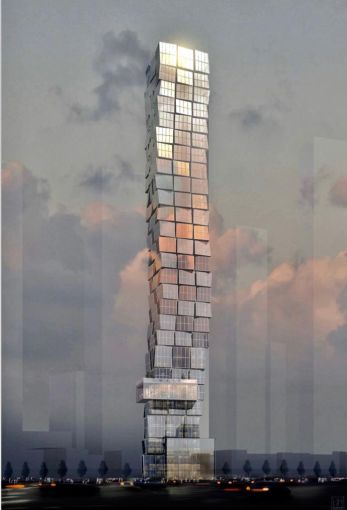 How’s this for a hat trick?

The debt recapitalizes two Hudson Yards-area hotels and the site of what will soon be one of Queens’s tallest buildings. Meridian Capital Group’s Shaya Ackerman negotiated the debt, sources said.

First up, Mack Real Estate provided a $201.5 million loan for the Courtyard by Marriott Hudson Yards at 461 West 34th Street, a 399-key hotel set to open next month. The 29-story asset will include a restaurant, meeting space, a fitness center and ground-floor retail space which will be occupied by a Chase bank branch. Loan proceeds will take out a construction loan and other financing on the property that was provided by Moinian Group.

The tech-forward hotel is geared towards sophisticated travelers, and will be managed by Endeavor Hospitality Group. Its rooms will be larger than your average New York digs and its fitness center will be “top of the line,” one source said. When completed, the hotel will have a direct connection to the 34th Street-Hudson Yards subway station.

A couple of blocks away, the lender upsized its $88 million loan — from June 2018 — to $100 million for a soon-to-be-built, 42-story Marriott Tribute hotel at 450 11th Avenue. The 216,000-square-foot-property sits just across from the Javits Center between West 36th and West 37th Streets. The additional proceeds this time around fund predevelopment costs and also the hiring of Tel Aviv-based Moshe Tzur Architects, sources said. Marx is also “well along in the process of raising $66 million in EB-5 financing for the project and hopes to complete the raise shortly,” one source added.

Both hotels are in prime position to benefit from the wave of development in the neighborhood as well as the influx of tech and financial firms to the area, including Amazon, as first reported by the New York Post.

Lastly, Marx scored a $67 million loan for 71-05 Parsons Boulevard in Flushing, Queens, which will soon be a 1-million-square-foot residential rental project. As reported by The Real Deal yesterday, Marx pre-filed plans with the city’s Department of Buildings yesterday for two 37-story residential towers comprising 488 units at the site, with four floors of underground parking. As TRD also reported, Marx Development Group’s Israeli bondholders approved the sale of two vacant land parcels from its bond-issuing holding company back to Marx himself for $54 million in May.

Sources told CO that the $67 million loan will be used to pay down Israeli bond debt.