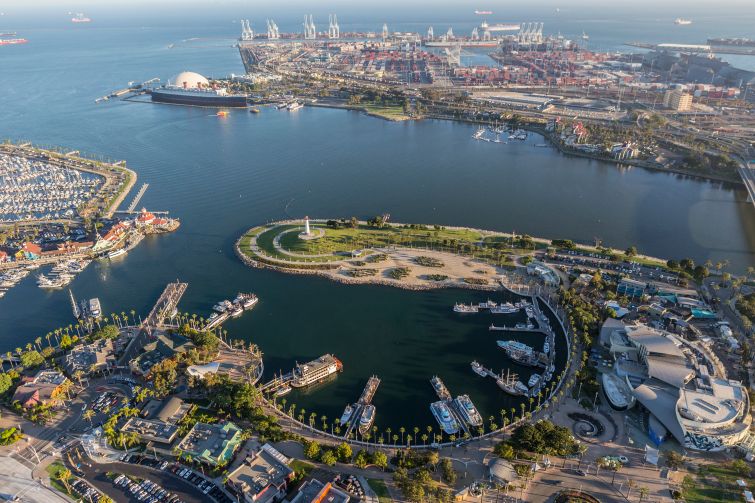 A Newport Beach, Calif.-based landlord has secured $65.4 million in Freddie Mac-secured debt to refinance an apartment complex it controls in Long Beach, Calif., according to Kroll Bond Rating Agency, which analyzed the deal.

The owner, Lyon Living, will use the debt to pay down a prior $43.5 million Freddie Mac loan it drew five years ago on 1900 Ocean, a 265-unit apartment tower, which abuts the Pacific shoreline about 25 miles south of Downtown Los Angeles. Lyon will also apply proceeds to paying down expenses, and to cash out $20.4 million in equity.

HFF, which made its sale to JLL official on July 1, originated the new Freddie Mac debt.

The prior loan, from PGIM Real Estate Finance, wasn’t set to mature until 2021, but cheap interest rates and spreads that tightened in July have contributed to an appealing market for refis.

Lyon bought the 17-story tower, built in 1966, almost two decades ago, and is in the midst of a $10.7 million project to renovate the apartments and common areas. Its apartments are 91 percent leased, and Lyon also earns rent from an American restaurant, The Plunge, that operates on the ground floor. Residents get 24-hour doorman service and have access to a fitness center, a heated outdoor pool and squash and paddle-board courts.

One-bedroom apartments of 710 square feet start at $2,550 per month, while three-bedroom units that are nearly 1,900 square feet go for $7,000, as per the building’s web site. Last year, Lyon earned $7.5 million at the building against expenses of $2.9 million, according to KBRA.

Lyon, led by CEO Frank Suryan, was founded in 1988, and in addition to its acquisitions has built 11,000 apartments. Its current portfolio includes 2,000 units in California, Nevada, Georgia, Colorado and Florida and the Los Angeles area, including three buildings in Redondo Beach, Fullerton and Anaheim.

Representatives for Lyon and HFF didn’t immediately respond to inquiries.