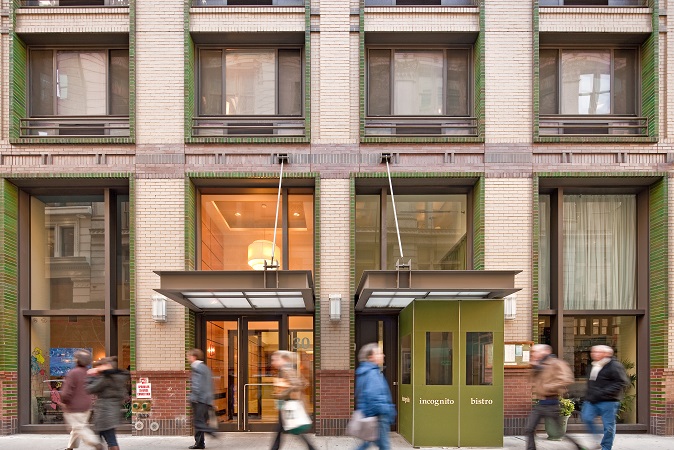 Apple Bank for Savings has found a new chance to lend in its home city, originating a $42.5 million refinancing on a residential rental building near Union Square, according to city property records.

In a deal that closed this week, the landlord at 30 West 18th Street, The Hakimian Organization, turned to Apple for a refinance of the outstanding balance of a $45 million loan from New York Community Bank dated March 2015. The new deal consists almost entirely of existing debt transferred to Apple, but it does include about $750,000 in new financing to bring the loan amount to a round $42.5 million.

Jeff Weinberg and Rael Gervis of Meridian Capital Group brokered the deal, a spokesman for the company said.

The building, with an entrance between Fifth Avenue and Avenue of the Americas, pushes straight through its block, with additional frontage on West 17th Street. Built in 2005, the 13-story property hosts 100 apartments, as well as a gym for residents and a rooftop deck. Retail space at street level is split by Scampi, an Italian restaurant, and Swerve Fitness, a spinning studio.

Planned by architect Richard Cook, the property’s design — understated by the showy standards of new-construction rental buildings in the city — blends well with the early-20th-century beaux-arts architecture on display elsewhere in the surrounding Flatiron District. Through his firm, Cookfox, the Chicago-based architect is also responsible for Midtown’s One Bryant Park — which too was the subject of a major refinancing this week, as Commercial Observer reported.

From offices in Midtown, Hakimian owns about a dozen Manhattan residential properties, all but one of which stands below 42nd Street. One of its largest is the 37-story tower at 75 Wall Street: Others include The Chelsea Grande on West 20th Street and 184 Lexington Avenue near Gramercy Park.

Six Manhattan office towers round out the landlord’s portfolio. It also controls a hotel, the Andaz, co-located with its rental units at 75 Wall Street.

Representatives for Hakimian did not immediately respond to inquiries. An Apple Bank spokeswoman declined to comment.