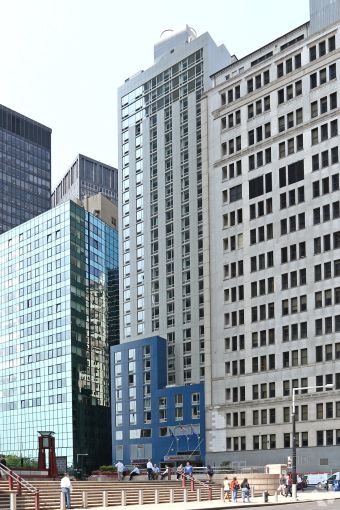 M&T Bank is lending $66 million to refinance a hotel near the southern tip of Manhattan, according to city property records.

The deal refreshes a prior M&T Bank loan on the property, at 6 Water Street, from 2014, for $67 million. The transaction includes a new mortgage worth $1.2 million as well as a $65.8 million rehash of outstanding debt. The 2014 loan was originally due in April, but this March the lender agreed to extend the financing to an August maturity date.

Magna Hospitality Group, a lodging manager based in Warwick, R.I., is the borrower on the property, which it operates as a Hilton Garden Inn. The 250-room hotel stands across Water Street from the Staten Island Ferry terminal and Battery Park, and includes a fitness center and a restaurant, the Garden Grille. Rooms for an August weekend started at $319—or $20 more for a room with a view of New York Harbor.

Built in 2017, the hotel building replaced a demolished five-story office tower that had dated to 1930, according to CoStar Group data. Magna paid $44.2 million five years ago to purchase the development site.

Magna, led by one of its co-founders, Robert Indeglia, owns 20 hotels across the country and fully manages each of them, according to its website. The 21-year-old firm also operates lodgings under the Marriott, Hyatt, Starwood and Intercontinental brands.

Representatives for the company, and for M&T Bank, didn’t respond right away to inquiries.