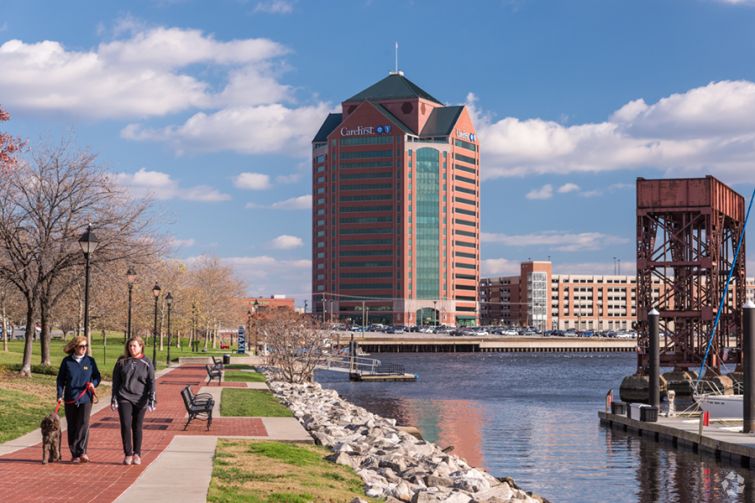 Johns Hopkins Federal Credit Union is moving its offices across town and has signed a 29,000-square-foot lease at the Canton Crossing Tower in Baltimore, Md., with the building’s owner, Corporate Office Properties Trust (COPT).

JHFCU will occupy the entire 12th floor of the Class A property, located at 1501 South Clinton Street, when it moves in at the end of the year, according to Michael Singer, executive managing director at Newmark Knight Frank, which brokered the deal on behalf of the tenant. He declined to provide asking rents for the space.

The credit union is relocating its operations, IT, marketing, and management functions from 11,000 square feet at 2027 East Monument Street in Baltimore, though the JHFCU branch will remain at its current location. The institution serves the employees, students, and others linked to Baltimore’s Johns Hopkins University and its affiliated hospitals, according to its website.

The tenant’s search for a new space began almost a year ago, and Singer noted NKF looked all throughout Baltimore County to fill JHFCU’s requirements.

“As a financial institution, they have some 24/7 power-connectivity redundancy requirements, so those were larger parameters of the space we needed to find,” Singer told Commercial Observer. “They serve the Johns Hopkins’ institutions — the university, the hospital and the health system — so we were looking at their large campuses and the employees of these institutions. We couldn’t go 20 miles away from the largest concentration of where their members are.”

Additionally, JHFCU was looking for an updated building, and the 470,000-square-foot Canton Crossing Tower boasts large floor plates, dual power feeds, and existing generators it can tap into. The space will be customized to meet JHFCU’s needs, Singer said.

Originally built in 2006, Canton Crossing Tower sits on about eight acres and offers unobstructed harbor views. The building is less than two miles from downtown Baltimore and offers convenient access to and from the Inner Harbor and I-95.

According to Singer, the property is central to JHFCU’s key institutions, and within walking distance to numerous amenities including restaurants, The Shops at Canton Crossing and Merritt Athletic Club.

Other notable tenants in the building include health insurance provider CareFirst and Prometric, a test administration company.