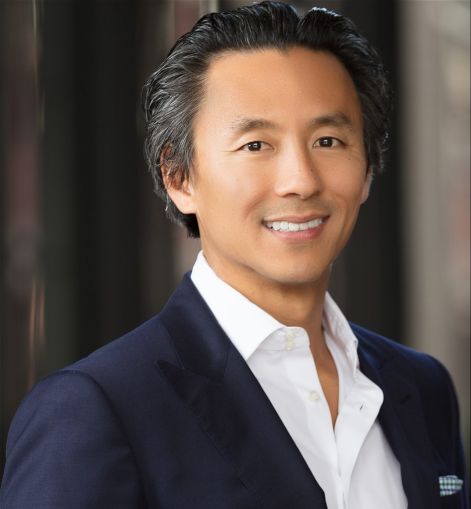 Mukang Cho got his real estate start as a lawyer, working on some low-key transactions such as the $1.4 billion sale of the GM Building to Harry Macklowe in 2003. He founded Morning Calm Management in 2014 with a focus on special situation investing, before teaming up with Christian Dalzell, founder of Dalzell Capital Partners, to form Counter Capital Management in May. The joint venture invests in multifamily and mixed-use projects, and Philly is its first stop.

Mukang Cho: I was born in Korea, but I spent most of my life in Europe and Latin America. My father was in the Korean foreign service, so we had a pretty itinerant lifestyle. Some of the countries we lived in were Argentina, Mexico, Peru, Guatemala, Ecuador and Spain. But I came to the U.S. as a boarding student when I was a sophomore.

Do you speak many languages?

I speak Spanish and Korean, but English is my dominant language.

How did you get your first taste of real estate?

After graduating from law school, I practiced corporate real estate law for a few years. But in the back of my mind I always knew that I wanted to do something that combined things I liked as well as the different skills that I’d developed. Real estate became an industry that made a lot of sense to me. Perhaps just from growing up in so many different places, I had this early fascination with buildings and architecture.When I was at Cornell [University] as an undergrad I almost became an architect, because they have a pretty prominent school of architecture. [Cho has a J.D. from Harvard Law School and a B.A. From Cornell University].

One of your first real estate transactions as a lawyer was working on the sale of the General Motors Building to Harry Macklowe in the early 2000s.

Yes. I believe it was the largest single-asset transaction in the history of commercial real estate at the time. I was an associate at Kirkland & Ellis and we represented [seller] Conseco; they had partnered on the building with an investor who’s very well-known and whose name was on top of the building at the time [President Donald Trump]. That was definitely one of the more memorable transactions.

How was that experience as a young associate, working such a high-profile deal?

It was a lot of fun. There were a lot of characters involved in the process, and the buyer had a pretty leveraged transaction with multiple tiers of mezzanine debt. You learn a lot and I’m sure I made mistakes along the way. But, it was one of those deals that made me say, “Hey, that was a lot of fun but I could potentially have more fun [in a different role] in real estate.” So, I think I [see] that transaction as one of the moments that helped me make the decision to go to the buy side.

What did the GM deal teach you about the real estate industry?

That ultimately it’s a people business and it’s a small world that just keeps getting smaller. The same people will show up on different transactions, and so for me personally — but certainly for us as a company — having a sterling reputation that survives every part of the cycle for generations is of critical importance.

How did you and [Counter Capital partner] Christian Dalzell first cross paths?

We’re of similar age and we grew up in New York’s real estate industry together. The great irony is that we both worked on the GM transaction, but we never became friends through it. He and I have a close friend named Peter Weiss [the chief real estate officer at proptech firm Latch]. When I was talking to Peter one day he was telling me about Christian and I said, “Man, it would be great to reconnect.”

You and Christian seem very like-minded.

Yes, Christian is probably one of a handful of folks who look at the world very similarly, if not identically, to the way that I do, and I’m not talking about real estate knowledge or business acumen. I’m talking about how we think about relationships. For us there are three key constituents that matter: You have the investors, you have the tenants or the residents, and then you have employees. One group is not more important than the other. I know that Christian will always do the right thing and that’s something that’s pretty critical. We didn’t need to form this joint venture, but we thought there was great commonality of vision and philosophy when it comes to building a multifamily platform together.

What are your individual roles at the company in terms of business execution?

At the present time Christian is spending more time on sourcing, we’re both involved in operations and asset management and capital raising is ultimately going to be a joint effort. Christian originated some of the assets that we own in Philadelphia, so he has much more intimate familiarity with the properties. But once the knowledge that he has accumulated becomes more widespread through our platform, I think he’ll be able to focus less on that. So, as of right this second, I’m spending a little more time on the capital formation side.

Philly multifamily is your prime focus at Counter Capital. Could that change?

We’re looking hard at Philly as a result of Christian already being there and having created a presence there. It’s an exciting market, and one in which we will continue growing. Having said that, it’s not the only market that we’re looking at. As you know from prior discussions, we’re going to be replicating this asset aggregation strategy across multiple markets.

Which markets have similar fundamentals, would you say?

We’re following the millennials and we’re following jobs  — particularly high-paying jobs for a high-IQ employee base. Within Center City in Philly alone you have 14 universities and the student count is around 120,000. Traditionally in a market like Philadelphia there was this great brain drain where people would go there, get their degrees and go somewhere else. Now you have the strength in the health care sector — you’ve got a lot of hospitals and the biotech industry is booming — and you have market leaders like Comcast that are going through something transformative in their business model. They’re no longer your parents’ cable company, they’re bona fide multimedia firms. So you have higher paying jobs that attract the type of talent that’s graduating from a lot of these institutions in Philadelphia. The other cities that we’re looking at preliminarily are Charlotte and the [Research] Triangle in North Carolina and Washington, D.C., is a market that we’re also looking at for the same reasons.

Our strategy has really been to focus on buying high quality assets in high quality locations. We’re buying main-and-main assets; smaller assets, which we believe affords us a better point of entry from a basis perspective but at the same time we are amalgamating an institutional-quality portfolio.

A lot of your transactions are off-market opportunities, it seems?

I’d say there isn’t a week that goes by when we are not alerted to a situation in which we might be able to take an asset off-market. In the case of Philadelphia, Christian has single-handedly created a track record of success and for a lot of sellers I think certainty of closing is as important as eking out another dollar from a buyer.

Are you seeing increased competition for assets in Philly from offshore investors or domestic competitors?

I would say the competition is primarily from domestic sources of capital, whether it’s an operator with private equity or a family office. We looked at an office building in Philadelphia a couple of years ago and I know there was foreign capital also looking at it, but I think that had to do more with the fact it was a large asset that checked the box for a lot of institutional investors.

Are you actively tapping the debt markets right now or primarily using equity?

We use debt and equity and depending on the profile of the asset it might be agency debt. The last transaction we closed on in May was a CMBS deal. I think the debt markets are pretty liquid. You’re going to have volatility every now and then. We experienced volatility both in debt and equity markets at the end of last year, but for most of this year the volatility has dissipated quite a bit and the cost of money is coming down.

Minus a crystal ball, do you have any kind of inkling of  a downturn coming anytime soon?

Sure, it’ll happen on July 9th, 2020 [laughs]. It’s hard to say. Bull markets don’t die of old age and the data out there seems pretty mixed. Both Christian and I are business geeks and we tend to read just about everything, but the message that you get from the markets is fairly mixed. I think the bond markets are saying that there’s weakness near-term, whether that’s next year or the year after. I think a lot of it also depends on policy and some of the things that are happening out there with trade tensions and whether or not we close our borders, not just from a physical perspective but economically. So, I think that there will be weakness at some point but that doesn’t mean that you can’t be successful owning or acquiring real estate; it just means that you have to exercise pricing discipline. I think that’s where having a platform of experienced, knowledgeable professionals across all segments of real estate functionality really helps.