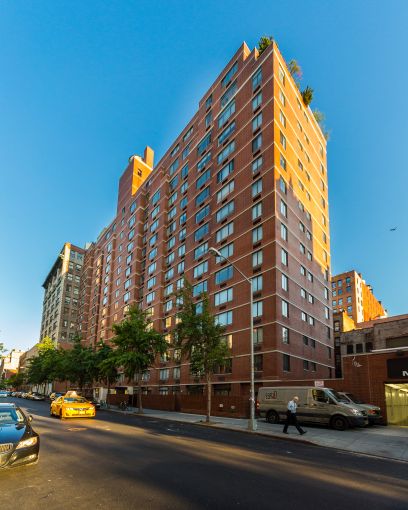 Morgan Stanley has come through to lead a $364 million financing of a group of 11 Manhattan apartment buildings owned by Blackstone, according to CMBS documents.

The senior portion of the debt, amounting to $271 million, is marked for inclusion in an upcoming single-asset mortgage-backed securities deal, as per Moody’s Investors Service, which has analyzed the transaction. The financing also includes a $43.3 million mezzanine loan — also from the gigantic Manhattan-based bank — as well as a $50 million junior mezzanine loan from Mirae Asset Daewoo, a South Korean financial titan created in a merger three years ago.

The loan finances buildings on the Upper East Side, in Chelsea and in Murray Hill, the largest of which is the 200-unit The Grove at 250 West 19th Street. In all, the portfolio encompasses 637 apartments valued at a combined $542 million, according to a recent appraisal. That figure gives the debt an all-in loan-to-value ratio of 67.2 percent.

The properties are among the remains of a 24-building portfolio that Blackstone teamed up with Fairstead Capital to buy in 2015. The previous ownership, the Caiola family, got $690 million in the sale, and Blackstone and Fairstead began recouping their investment in short order. Within two years, the partners had flipped two of the buildings for $79.5 million to A.D. Real Estate Investors, and The Real Deal reported that the landlords were actively looking for buyers for several of the portfolio’s other properties.

In addition to The Grove, the buildings securing the Morgan Stanley debt include three buildings on West 30th Street, another on West 19th Street, a 93-unit tower near Fifth Avenue and East 31th Street, and a mixed group of elevator and walk-up properties on the Upper East Side between East 59th Street and East 86th Street.

The floating-rate loan’s two-year term follows an interest-only structure. Under the initial interest rate, Blackstone will pay an average spread of 1.58 above the one-month Libor on the senior, CMBS-funded portion of the debt, according to Moody’s.

Just 25 of the portfolio’s apartments, about 4 percent of the portfolio, are rent regulated — an especially valuable feature in the wake of the New York legislature’s move this year to make it more difficult for landlords to withdraw apartments from rent stabilization. In 2018, the portfolio earned $25.4 million in income against $11 million in expenses — the largest of which were property taxes, financial data show.

Asset Securitization Report first reported this week that the portfolio would get a CMBS treatment.

Blackstone, of course, is no slouch as a commercial real estate lender itself. Its publicly traded lending arm, Blackstone Mortgage Trust, reported last month that it had originated $2 billion in new debt in the first half of 2019 — mostly between April and June.