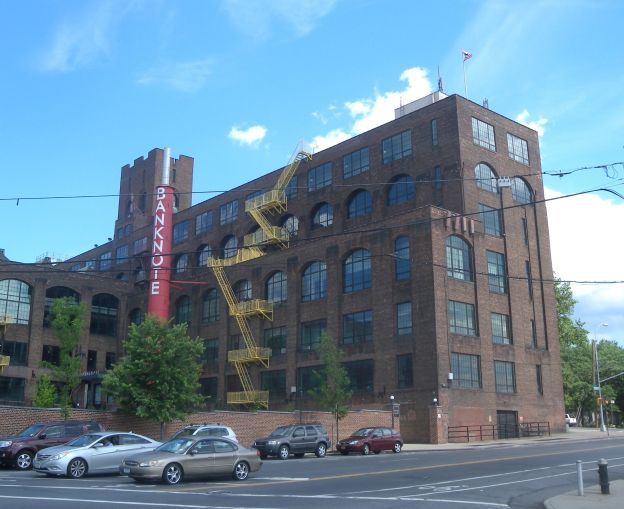 Bank of America has taken over the $93 million in outstanding debt on the Bronx’s BankNote Building weeks after Safehold, iStar‘s externally managed ground-leasing company, stepped in to buy the building’s ground lease, according to New York City property records.

Safehold, which has been pushing to expand its ground-lease business in recent years, paid $64.6 million earlier this month to buy the land under the historic office building, at 890 Garrison Avenue in the Hunts Point Section of the Bronx.

The firm took over from the previous fee owner, a partnership between Madison Marquette and Perella Weinberg Partners. Madison and Perella retain the leasehold interest in the building, a landmarked, 405,000-square-foot structure that was originally a printing facility for the American Bank Note Company.

When Madison and Perella bought the building for $114 million five years ago, they financed the acquisition with $93 million in interest-only CMBS debt from J.P. Morgan Chase, with a term structure that was set to mature this October. The debt was split into an $83 million A-note and a $10 million B-note held in JPMBB 2014-C25, which was recently paid off, according to Trepp data.

The new Bank of America loan refinances that mortgage, splitting the debt into a $52 million lien on the leasehold interest and a $41 million obligation on the underlying land.

For now, Madison Marquette remains the borrower on the land debt, but the loan documents suggest that, when the dust settles, Safehold will assume the $41 million mortgage tied to the ground under the building.

Two big leases signed in 2017 have helped keep occupancy strong at the historic property. That year, America Works of New York, which provides employment services to the poor, leased 41,564 square feet on the six-story building’s fifth and sixth floors, in a deal that will carry until 2023. America Works took the space to work alongside the New York City Human Resources Administration — which also leases space in the building — to provide job assessments and training to people who are trying to enter the labor force.

2017 also saw a film and photography studio, Lightbox-NY, refresh its lease for 11,500 square feet on the building’s third floor.

iStar’s ground-lease business, Safehold, has made a strong showing this year: Its shares have climbed 58 percent since Jan. 1 as the division’s portfolio of ground leases has grown by nearly three quarters. New York City properties account for just under 10 percent of its portfolio; other investments dot the country from Miami to Seattle.

Representatives for Bank of America, Safehold and Madison Marquette did not immediately respond to inquiries.