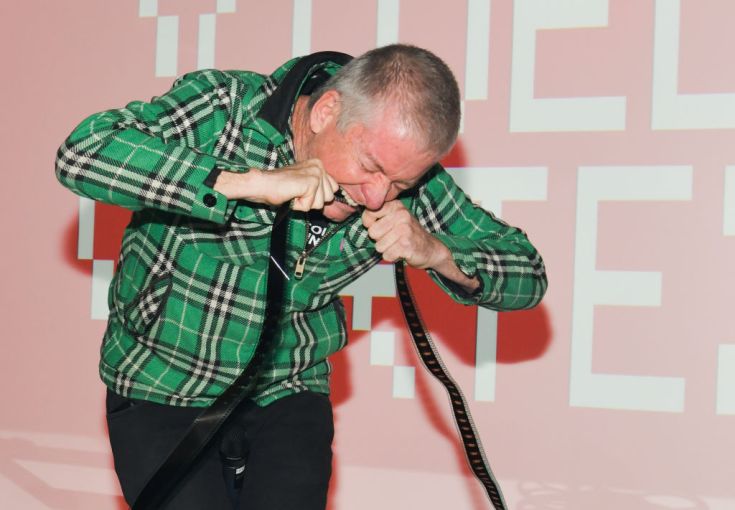 Attached to Alamo’s 12-screen cinema at the Bloc in Downtown L.A. is a movie-lover’s lair called Video Vortex, which has a library of over 40,000 film titles as well as 48 beers on tap, according to its website. Patrons can borrow up to two items free per week and additional items are $2.99 each for a seven-day rental, according to the store’s website.

Video Vortex urges its customers to be careful with its rentals, many of which are out of print, lest they incur a replacement charge ranging from $10 to more than $200.

“I was a child of the ’80s, and the video store experience was really important to me in developing me as a movie nerd,” CEO Tim League told LAist. “And I miss that.”

League, who co-founded Alamo with his wife Karrie, has grown the company from a single cinema in Austin 22 years ago to a recognized brand with 40 locations nationwide. The growth has occurred even as the movie business completely transformed with the arrival of Netflix, an explosion in television production, and a decline in movie theater attendance.

League announced his intention to open an Alamo in Los Angeles in 2013, first at the Medallion apartment complex, and then at the Bloc, at 700 South Flower Street, an outdoor shopping center that was still being redeveloped by National Real Estate Advisors.

The Alamo opening was pushed back several times, and it wasn’t until 2017 that the company actually signed a lease at the Bloc, League told Los Angeles Magazine. The delay was caused by construction complications, as well as internal chaos relating to sexual harassment allegations, according to the magazine.

La La Land does have a few remaining video rental stores, including its very first: Eddie Brant’s Saturday Matinee in the valley, which opened in 1967 and began to rent videos in the seventies. Two other holdouts are Cinephile Video in West L.A., which has been around since 1999, and Videotheque in Pasadena, which specializes in “indie, foreign and cult” movies, per its website. Another local shop, Vidiots, lost its storefront but partnered with Alamo to host events at the new theater.

Alamo Drafthouse and National Real Estate did not reply to requests for comment.