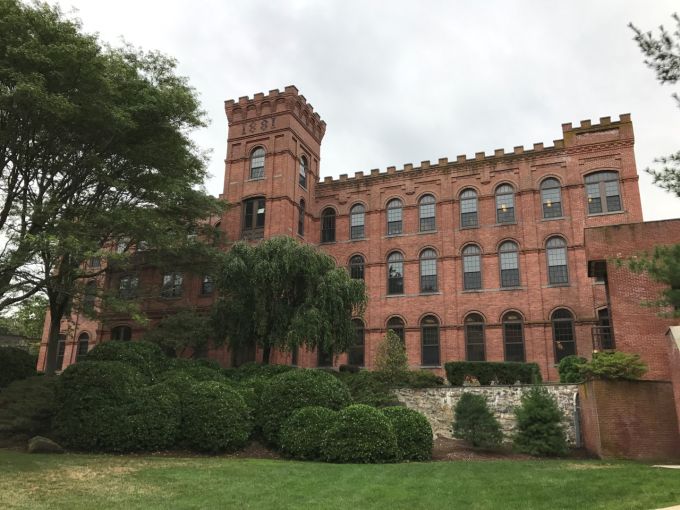 The Mill building at the site located at 10 Glenville Street in Greenwich, Conn. Courtesy: ACORE Capital

ACORE Capital has provided The Mill Owners Company with a $46.5 million loan to recapitalize The Mill in Greenwich, Conn., and facilitate the conversion of the former cotton mill on the five-building site from offices to residential use, Commercial Observer has learned.

The five-year financing has a three-year initial term, with two one-year extensions, and includes a first mortgage and mezzanine piece. It closed on Aug. 1.

Iron Hound Management brokered the debt on behalf of the borrowing entity, which is managed by Steve Schacter, the president of Mill Management.

The work planned by Schacter and his partners includes converting a three-story 18th century former textile mill called the “1881” building from offices to high-end residential space. Plans also include work on a separate mixed-use building called “1981,” Schacter said. The work will cost around $65 million to complete.

The 1881 building includes an iconic Gothic Revival-style clock tower overlooking a waterfall that previously fueled the mill. It also features an adjoining parking garage, according to the site’s website.

“In converting from office to residential, we had a good deal more parking than necessary, so we’re using the lowest level of a three-story garage, converting that to apartments,” Schacter told CO.

The 1981 property will include ground-level office and a medical component, he said.

“The market [was] telling us that office wasn’t the best use. We believe that the downturn in 2007 and 2008 in the local office market was structural rather than cyclical,” Schacter said. “That got us thinking about what else we can do with it.”

He said they explored a repositioning of 1881 into a senior care facility or medical office but ultimately settled on luxury multifamily.

Schacter said he and his partners had previously renovated the 1881 building, converting it to office space, and had already demolished its interior ahead of securing this new financing from ACORE. He said they’ve been involved with the site since the late 1970s and he and his partners actually constructed the 1981 building — which recently served as temporary office space for private investment company L Catterton for about 18 to 22 months — in 1981.

“This is not our first rodeo [with these buildings], but renovation holds more surprises than ground-up,” Schacter said. “We have sizable contingencies.”

The first buildings at the historic 200-year-old site were erected by a local business man to be used as a cotton mill in the late 18th century, benefitting from the presence of the Byram River that borders the property.

A third building at the site is a two-story rental called the Railroad Building that was built in 1875 to serve as a station for a rail line that never came to fruition in the town. The site also features The Restaurant Building, which houses a restaurant with a patio overlooking the river, retail space and some rental units. The fifth and final property is called The Mansion, a Victorian building offering office space that fronts Glenville Street.

Amenities at the site include a “wellness center” operated by Kaia Yoga that includes a massage parlor and a café, two restaurants — Bambou and Centro — with outdoor patios, a salon called New Wave Salon, interior design services through Kent Pruzan Interiors, and complimentary shuttle service between the property and the Greenwich train station.