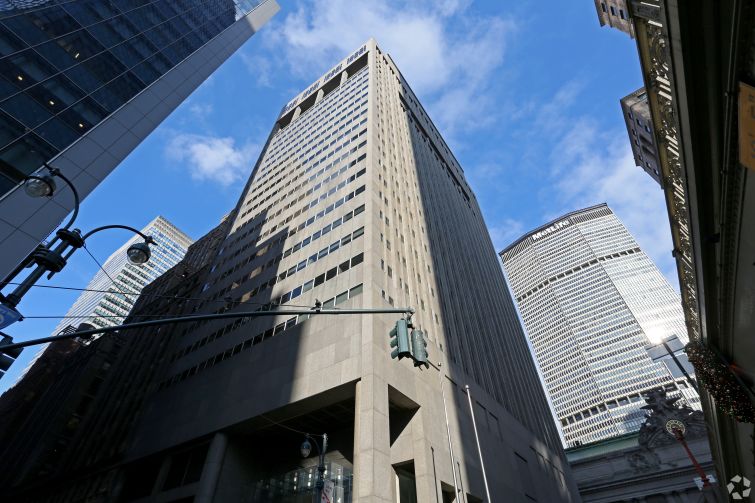 Eyal Ofer’s Global Holdings has closed on a $400 million refinancing on its Midtown skyscraper at 120 Park Avenue, as per New York City Department of Finance records.

In a deal that closed August 16th, the multinational landlord re-upped its debt on the property from HSBC, which has served as financier to the 630,000-square-foot tower since Global Holdings bought it from Altria, the parent company of Philip Morris, for $525.8 million 12 years ago.

The deal extends $374.6 million in outstanding debt from HSBC’s most recent prior loan on the property, from 2014, and adds $25.3 million in new debt to return the leverage on the building to a round $400 million.

Immediately across from Grand Central Terminal between East 41st and East 42nd Streets, the office tower rises on a plot that was once home to the Hotel Belmont, which at the time of its construction in 1902 was one of Manhattan’s tallest and most fashionable lodgings. After the hotel and an interim building were demolished, architecture firm Ulrich Franzen & Associates built the current 26-story structure to serve as Phillip Morris’ New York City headquarters.

Altria recorded a $440 million pre-tax gain when it sold the building in 2007 as part of the company’s move to Richmond, Va., as The New York Observer reported at the time. Today, Bloomberg LP leases 468,000 square feet across 15 stories in the building, and agreed last year to extend its presence there until 2029. Tech firm Oracle has 67,000 square feet on the building’s upper floors, and Philip Morris still leases 60,000 square feet in its old headquarters.

Global Holdings notched another big Midtown refi earlier this summer, when it pinned down a $340 million loan from Crédit Agricole to refresh the capital stack at 875 Third Avenue, a building whose tenancy is dominated by private equity firm Cerberus Capital Management. And in January, the company looked to test the waters of a new asset class, spending $43.8 million to buy its first multifamily building, a 20-story high rise at 424 Bedford Avenue in Williamsburg, Brooklyn.

Representatives for Global Holdings and HSBC did not immediately respond to inquiries.