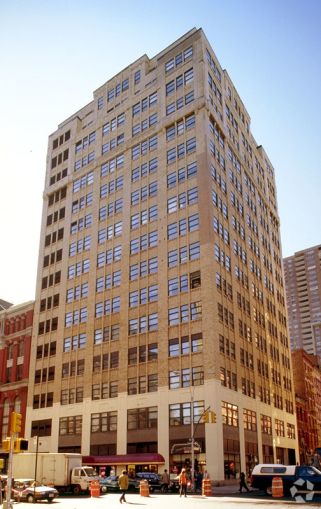 Plant-based meal delivery service Daily Harvest signed for 36,477 square feet at 99 Hudson Street, according to landlord Olshan Properties. The firm is one of three newly signed tenants at the Tribeca building.

The Museum of Ice Cream and health care analytics firm Clarify Health Solutions each inked leases for 12,159 square feet, Olshan announced in a release. Combined, the trio leased 61,795 square feet in the 175,000-square-foot building, which houses the high-end Indian restaurant Tamarind at its base.

Newmark Knight Frank’s David Falk, Eric Cagner, Jonathan Franzel and Michael Shenfeld represented the landlord in all three transactions, according to the release.

“The building is undergoing a capital improvement and because of that it’s really resonating with these progressive tenants,” Cagner said. “Each group, they’re all creative-type tenants, but they’re all seeking a building with a new feeling.”

The asking rent in the 17-story building, located between Franklin and Harrison Streets, is around $72 per square foot, he said.

Daily Harvest signed space on the ninth through 11th floors, where it will run its corporate headquarters. The company has already moved into the ninth floor and will occupy the rest of its space in the fall, according to the release. The five-year lease was signed in June, Cagner said.

CBRE’s Sinclair Li and Daniel Wilpon represented Harvest Daily in the lease. The brokers did not respond to a request for comment.

The Museum of Ice Cream, which creates interactive dessert-themed art exhibits in cities around the country, will base its headquarters on the seventh floor, a source close to the deal said.

“We worked to identify a suitable opportunity in the Tribeca neighborhood and 99 Hudson presented itself as an appealing opportunity that would allow the MOIC to plant its corporate flag with some room to grow,” said Adam Henick of Current Real Estate Advisors, who represented the tenant in the deal.

The Museum of Ice Cream has already moved into its office space, the source said. It signed a 10-year deal in April, according to Cagner. Clarify Health will be moving into their space on the sixth floor in the fall, according to the release. The agreement was signed in July, Cagner said.

Sebastian Infante and Jamie Katcher of Cushman & Wakefield represented the tenant in the lease. Brokers from C&W declined to comment.

In February, prebuilt floors with open space and large windows were installed in the newly renovated building, according to Cagner. Olshan plans on opening the 14th floor of the building for leasing in the near future with an asking rent of $82 per square foot, Cagner said.