The Wing Opening Williamsburg Location, Its Second in Brooklyn 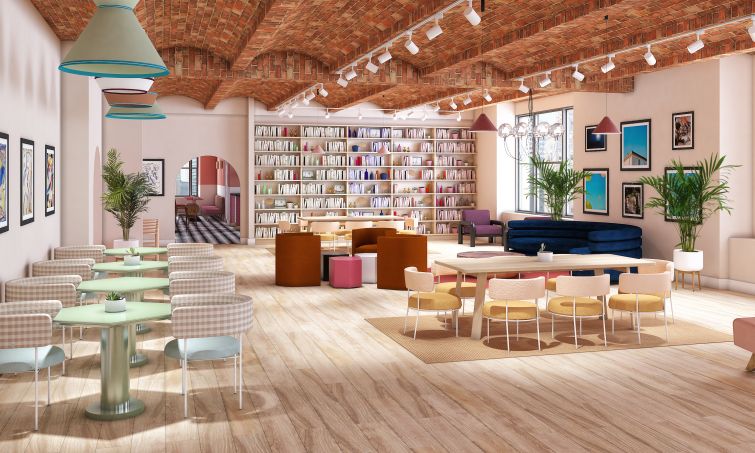 A rendering of The Wing in Bryant Park. Rendering: The Wing

The coworking and community space designed for women, The Wing, plans to open its second outpost in Brooklyn after nailing down space in an under-construction office building in Williamsburg, a source with knowledge of the deal confirmed.

The Wing inked a 10-year lease for 17,000 square feet on the entire second and third floor of Largo Investments‘ three-story development at 71 North 7th Street between Kent and Wythe Avenues, according to Nicholas Werner, the founder of Largo. Asking rent was $70 per square foot.

A spokeswoman for The Wing said it planned to open an outpost in Williamsburg by the end of the year, but declined to provide specifics.

Jason Frazier of CBRE represented The Wing in the deal while Isabel Cohen of the Runyon Group handled it for the landlord.

The deal was first reported in The Real Deal.

The Wing was founded in 2016 by Audrey Gelman and Lauren Kassan and has raised $117.5 million to open its pink-colored women-focused workplaces and social clubs around the country. It most recently closed on a $75 million Series C round in December 2018 led by Sequoia Capital, TechCrunch reported.

The Williamsburg deal marks The Wing’s fifth location in the city and its second in Brooklyn after it opened a spot in Dumbo last year.