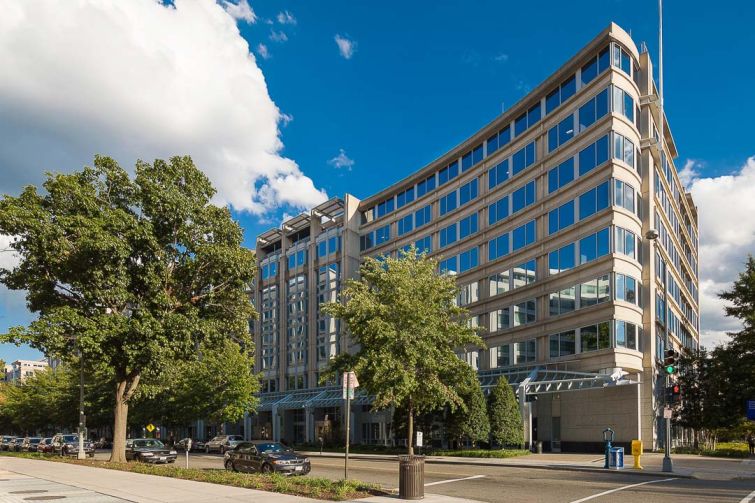 D.C. recently raised taxes on the sale of commercial properties like One Independence Square, which sold in March for $170 million. Photo: Piedmont Office Realty Trust

In May, the D.C. Council unanimously passed a budget that would raise taxes on commercial properties in order to generate funding for new affordable housing. The move came in the face of opposition from the city’s real estate community. Now, a new report from JLL suggests that the new taxes will dampen the already stagnating investment sales market in Washington, D.C., and counteract the tax hikes in the process.

The $15.5 billion spending plan for next year called for a 2.2 percent increase in property taxes and for an increase in deed recording and transfer taxes from 1.45 percent to 2 percent for all commercial property sales valued at over $2 million. The tax hikes are expected to generate $114 million for affordable housing programs in the District, according to Washington Business Journal.

However, the Council ultimately slashed the amount of housing spending Mayor Muriel Bowser had originally proposed, as both the Business Journal and the Washington Post noted. That means property owners will bear the tax increases and less tax revenue than expected will go toward developing and preserving affordable housing in the increasingly expensive city.

The new tax rates are expected to fund “modest increases” in existing housing programs, per the Post, including an additional $16 million for an affordable housing trust fund and $18.4 million in new spending on housing vouchers.

The new taxes are expected to cost commercial property owners an extra $538 million over the next four years, according to JLL’s analysis. The brokerage finds that developers will shoulder $438 million in new transfer and deed recording taxes between now and 2023, but only $66 million of that amount will go towards affordable housing.

The report also argues that the transfer taxes will further depress D.C.’s office investment sales market, which has already slowed over the past 16 months. Nine D.C. office buildings worth a combined $1.9 billion were pulled off the market from April 2018 to April 2019, either because they couldn’t attract buyers or weren’t “meeting pricing expectations,” JLL argued. If the same amount of office development failed to sell during fiscal year 2020, D.C. would lose $95 million in tax revenue, and asking prices will drop as a consequence.

“The D.C. Council’s decision to raise deed recordation and transfer taxes could not have come at a worse time for the Washington, D.C., investment sales market, the vigor of which has already started to fade in early 2019,” the report argued. “A fragile market is likely to respond with acute sensitivity to these increased transaction costs, both in terms of pricing and velocity. Asset pricing will be directly affected. With cap rates already at cyclical lows—and in fact, historic lows—investors have no more room to tolerate the decrease in yield that would result from an increase in transaction cost.”