Recording Industry of America Is Moving Its DC Headquarters 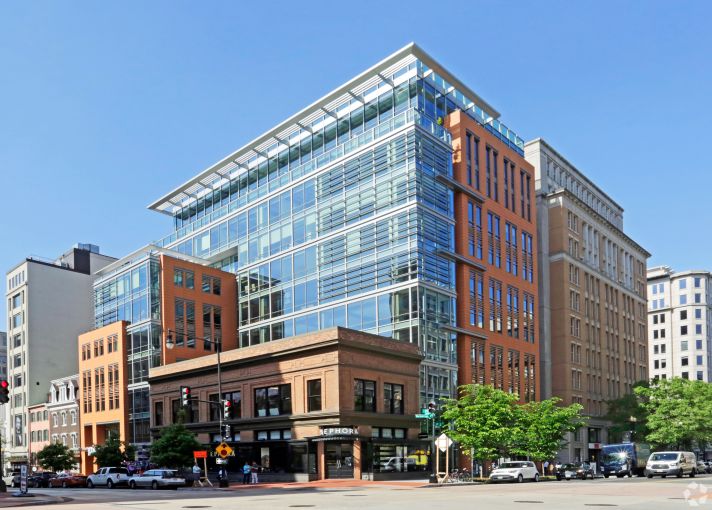 The Recording Industry of America (RIAA) is moving from its current location to nearby 1000 F Street NW in Washington, D.C.’s East End neighborhood, according to Savills. The trade association will occupy 20,400 square feet across two floors of the 11-story office building.

RIAA signed a long-term lease in April, according to a Savills spokeswoman, who would not provide the asking rent for the space.

The firm, which “supports and promotes the creative and financial vitality of the major music companies,” is expected to relocate from its current office at 1025 F Street NW in April 2020, according to a statement from Savills. While both properties are owned by Douglas Development, the new space will be designed specifically for the firm’s growth and will feature a “dramatic” 2,000-square-foot mezzanine floor with 20-foot high ceilings, the statement said.

Ben Plaisted and Greg Scheipers of Savills advised RIAA in its real estate search. “As an organization that frequently hosts musical performances and special events, it was crucial for RIAA to find a building in D.C. that offered a modern work environment as well as a unique space for live musical performances,” Plaisted said in the statement. Savills also negotiated the termination of RIAA’s existing lease two years before their lease was set to expire, Plaisted noted.

Mark Klug of CBRE represented Douglas Development in the deal. “The two floors that RIAA leased were the perfect match for both the ownership and tenant,” Klug told Commercial Observer. “They were looking for space that could really help them elevate their brand and achieve their mission…The space they leased is very unique and loft-like, with exposed brick and 14-foot ceiling height, which is exactly what they needed for their event space.”