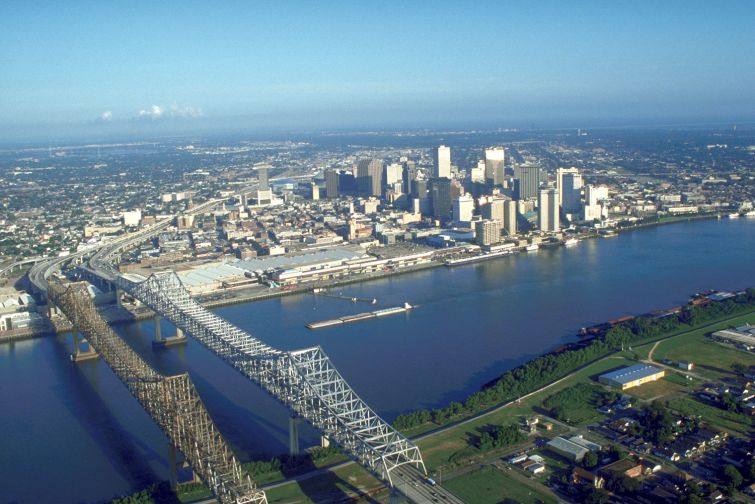 Starwood Property Trust has provided a $109.8 million refinancing mortgage to a mixed-use commercial complex in New Orleans, as per a report from Moody’s Investors Service.

The deal backs the Poydras Office and Hotel, a pair of towers that stand at the intersection of Poydras Street and Loyola Avenue in the city’s central business district. They originally went up in the late 1970s as office-only towers, but in 2015 the borrower, Poydras Properties, converted seven stories in the shorter of the two buildings into a Hyatt House hotel with 194 rooms. The building’s other 17 stories, as well as all 28 stories of the neighboring skyscraper, remain office space.

The 10-year loan accrues a 6.75 percent fixed interest rate and amortizes over 25 years with no interest-only period, according to Moody’s. It replaces a $120 million mortgage that dates to 2014, also from Starwood, that funded the office-to-lodging conversion.

An Arkansan named Christopher Robertson owns both Poydras — which he founded in 2004 — and Waypoint Lodging, the company that controls the hotel through a 60-year lease, The New Orleans Advocate reported. Robertson eyed a play for the hotel business in the mid-2010s after a large Italian energy-sector tenant, Eni Petroleum, decided to pack its bags for Houston.

Robert Hand, a broker who advised Robertson, said at the time that the Big Easy had both a glut of unleased office space and a tourism boom, making the swap a compelling option.

The balance seems to have shifted since then: Today, 97 percent of the buildings’ office space is leased. Meanwhile, Moody’s analysts say that the New Orleans lodging market today “indicates moderate [to] weak demand-and-supply fundamentals.”

A different oil-and-gas tenant, Entergy Services, remains the Poydras building’s most important lessee, accounting for more than half the complex’s annual base rent. The buildings have also been a center for various federal government uses. A U.S. Citizenship and Immigration Services office occupies an 18th-floor suite at the complex. And after 2010’s Deepwater Horizon oil spill in the Gulf of Mexico, the buildings served as headquarters for the public-private group of agencies, known as the Unified Command, tasked with organizing response efforts.

Less than a mile from the city’s Mississippi River waterfront, the Poydras buildings are adjacent to the Mercedes-Benz Superdome — home to the New Orleans Saints and the National Collegiate Athletic Association‘s Sugar Bowl game — and New Orleans Union Passenger Terminal, the city’s main train station.