Michael Kazmierski to Take Over as President of Kaufman Investments 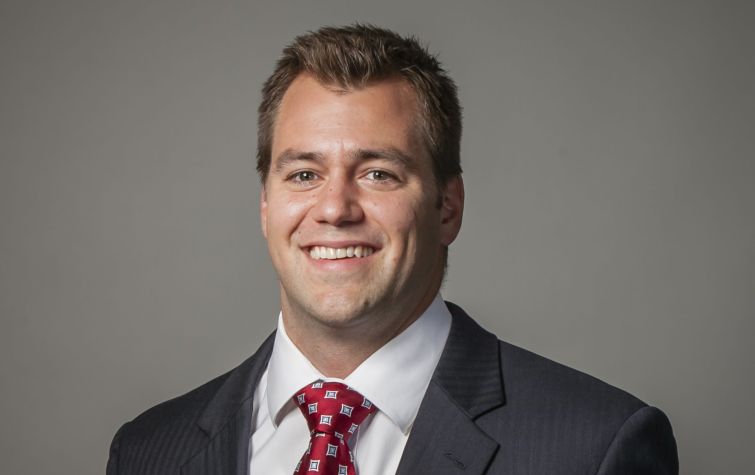 The Kaufman Organization, one of New York’s oldest and most storied commercial landlords, has named Michael Kazmierski the new head of its real estate new investments division, Commercial Observer has learned.

Kazmierski, 35, has been named president of Kaufman Investments (previously known as Kaufman New Ventures), where he will spearhead all investment strategies and decisions. He’s been elevated from his previous role as principal and director of acquisitions, where he was the youngest principal employee — accepting the role in 2016, at 33-years-old — in the firm’s 108-year history.

He’s taking over the role previously held by president Fredric Leffel, who left the company earlier this year after nearly a decade.

“[Kazmierski] has helped advance the Kaufman legacy by implementing a strategic vision based on a strong understanding of the intricacies of the New York City commercial landscape coupled with deep resources across the capital markets,” Steven Kaufman, the president of The Kaufman Organization, said in a prepared statement. “He has consistently proven himself to be a passionate, tenacious and results-driven professional.”

Kazmierski started at Kaufman as a vice president in 2013, and he’s since had a hand in roughly $1.5 billion in office acquisitions, dispositions and finance transactions in the city.

He was involved in the recapitalization of the company’s well-known Madison Square Portfolio in Midtown South in 2016. In that deal, Kaufman sealed just under $98 million in debt financing from Singaporean lender United Overseas Bank for the four properties — at 19 West 24th and 119 West 24th Streets and 13 West 27th and 45 West 27th Streets — which comprise over 350,000 square feet. Kaufman acquired 99-year ground leases on the properties from Extell Development just two years prior.

In May, Kaufman landed a $120 million loan from Capital One to refinance the fully-leased portfolio of office assets, which “was inclusive of an additional acquisition facility to purchase a newly restructured ground lease,” according to information from Kaufman.

Kazmierski was also involved in the capitalization of 155 West 23rd Street, with Goldman Sachs Asset Management — the pair paid $45 million in 2015 for a 99-year ground lease at the building — and he also helped originate and close on the firm’s acquisition of the 99-year ground lease on the 83,000-square-foot 236 Fifth Avenue in NoMad in 2017. Kazmierski was joined by then-president Leffel and Kaufman Principal Grant Greenspan.

“I look forward to continuing the growth of our strategic investments and providing strong returns for the Kaufman Organization and our institutional partners,” Kazmierski said in a statement.  “It has been a pleasure to work with such a strong team and premier operator in New York City.”

Prior to joining Kaufman in 2013, Kazmierski spent nearly three years as an associate director and analyst at brokerage HFF and before that he was at Mesirow Financial Consulting.

The son of a man who was in the automotive manufacturing business, Kazmierski grew up outside of Detroit. He received a bachelor of science and a master’s in finance from Bentley University in Waltham, Mass. — where he also played for the school’s hockey team — before he went on to obtain a second master’s degree, this time in real estate development from the Massachusetts Institute of Technology