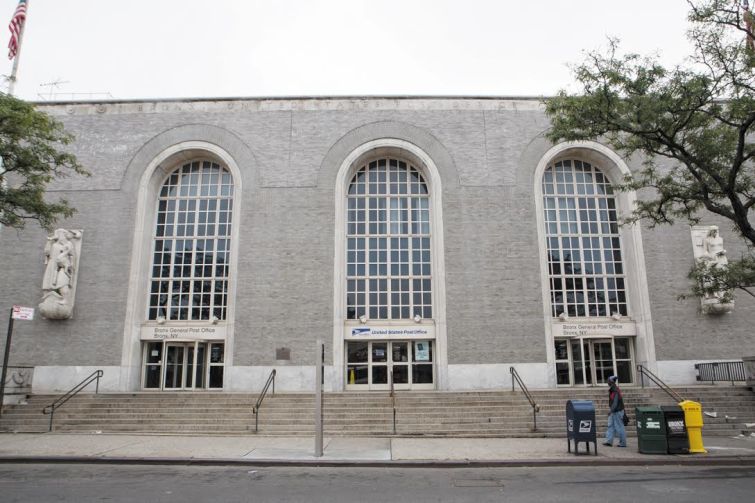 The exterior of the Bronx General Post Office in 2014, before Youngwoo began renovating it into a retail-and-office property. Photo: Arman Dzidzovic/For Commercial Observer

David Sturner, the president and CEO of MHP, confirmed that the two firms are no longer purchasing the 175,000-square-foot landmarked building at 558 Grand Concourse in the Concourse Village section of the South Bronx.

MHP and Miami-based Banyan Street Capital signed a contract in January to buy the historic property between East 149th and East 150th Streets for an amount in the “high-$70 millions,” the New York Post reported at the time. The contract was contingent on the current owner, Youngwoo & Associates, getting certain paperwork for the building by a specific date, according to a source familiar with the deal. When the deadline wasn’t met, MHP and Banyan decided to walk away from the contract in the spring, per the source. (Crain’s New York Business noted in February that the sale was supposed to close “in the coming weeks.”)

It’s unclear if Youngwoo has found a new buyer. Bryan Woo, an executive vice president at Youngwoo, also told CO in an email that MHP had pulled out of the development. He added that “the current status of the project is confidential.”

Youngwoo purchased the property for $19 million in 2014 and has been slowly renovating it into a food hall, office space, retail and community facility. The building earned its temporary certificate of occupancy in May, and its first retail tenant opened this summer.

Fernando Mateo, the longtime owner of cash-strapped Inwood restaurant La Marina, recently opened a rooftop bar and restaurant called Zona de Cuba at the former postal facility, according to Woo. La Marina filed for bankruptcy in February, saying it owed more than $600,000 in unpaid debts, including food and utility bills and more than $220,000 in back rent to the New York City Parks Department for its waterfront location in Inwood.

Update: This post has been updated to reflect the fact that Zona de Cuba is now open.