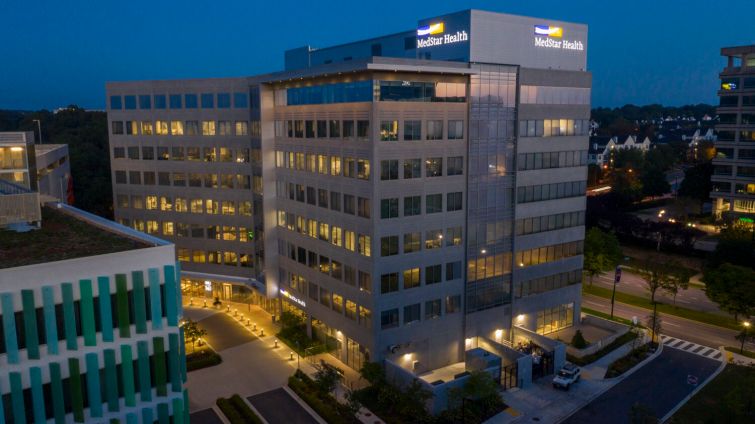 The Howard Hughes Corporation has snagged a pair of tenants to fill about 11,500 square feet at its office properties in Merriweather District, the 391-acre neighborhood it’s developing in Downtown Columbia, Md.

Cyber security firm Edwards Performance Solutions inked a deal for 9,000 square feet at One Merriweather at 10980 Grantchester Way. The firm plans to move into the Class A space later this year, boosting the property’s occupancy to 95 percent. A block away, specialized IT firm Data Canopy has moved into a 2,500-square-foot, spec-suite space at 10500 Little Patuxent Parkway, according to a statement from Howard Hughes.

“Downtown Columbia continues to attract cybersecurity and tech companies looking to grow within an innovative and amenity-rich ecosystem,” Greg Fitchitt, a president at Howard Hughes, said in a statement. The area is envisioned as “an exciting, dense and walkable mixed-use community where cyber and tech companies at all stages can not only afford to grow but can also retain a talented workforce.”

A Howard Hughes spokeswoman would not disclose asking rent at the spaces.

Edwards Performance was represented by George Santos, Ryan Miller and Mike Barbalace of Savills. “EPS was in search of a new HQ location which would allow them to redesign their space, be near amenities and have that ‘wow’ factor for employees and customers,” Santos told CO, adding that Edwards Performance received “an aggressive concession package” that will allow them to move before their current lease expires.

Data Canopy was represented by Mia Eglinton of JLL. “Data Canopy has experienced significant organic growth and needed to find an office space that would allow them to grow even more over the coming years,” Eglinton told CO. The Merriweather property “provided an ideal location with a spec suite that was ready to go, and the deal was done in a matter of weeks.”