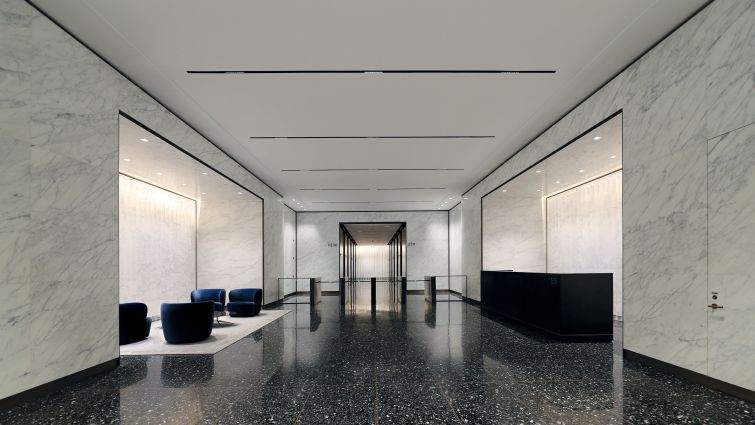 Curtis + Ginsberg Architects will move its offices to 10,307 square feet in the Rudin family’s 55 Broad Street, Commercial Observer has learned.

The architecture firm signed a 10-year lease to take part of the eighth floor of the 30-story building between Beaver Street and Exchange Place, according to a spokeswoman for the landlord. Asking rent was $48 per square foot.

Curtis + Ginsberg, which designed the Beach Green Dunes apartment buildings in Far Rockaway, Queens, and the Haven Green senior living complex in Nolita, currently has space at 299 Broadway and plans to move into its new digs at the end of the year.

Wharton Property Advisors’ Ruth Colp-Haber represented the tenant in the deal while Kevin Daly of Rudin Management Company handled it in-house for the landlord.

“Curtis + Ginsberg has done extremely well over the years and it’s wonderful to see that in a small business,” Colp-Haber said. “They got a very good deal at 55 Broad Street and they’re very excited to be working with the Rudin team.”

Aside from the architect, the Rudin family also inked a deal with online gambling company Unibet Interactive, according to the Rudin spokeswoman.

The Malta-based Unibet signed a three-year lease for 5,940 square feet on part of the 13th floor of 55 Broad Street to open up its first location in the United States, the spokeswoman said. Asking rent was $52 per square foot.

Rudin Management’s Daly represented the landlord in-house while Cushman & Wakefield‘s Michael Baraldi and Lexie Perticone brokered it for Unibet. A C&W spokeswoman did not respond to a request for comment.

The deals come after Rudin recently completed a renovation of the nearly 50-year-old building’s lobby which added new turnstiles, seating, a reception desk and terrazzo floors, according to the landlord.