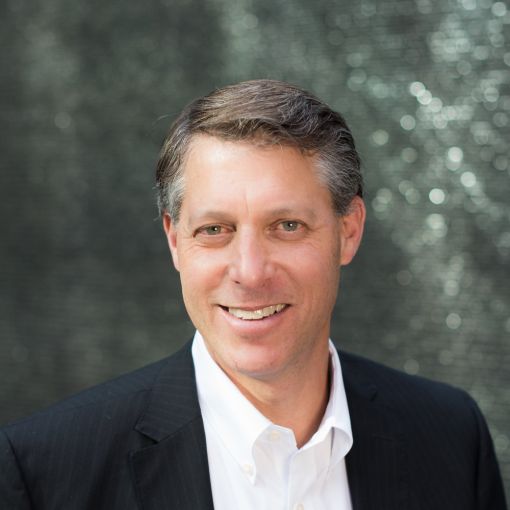 In the twenty years that broker Lee Shapiro has lived near Culver City, he hasn’t seen a moment for the Westside L.A. hub quite like this.

There’s been a pack of creative media and tech companies, led by Amazon, Apple and HBO, lured to the area by its large blocks of office space, access to public transportation, and walkability. The firms are opening offices at a fast clip. And a new wave of restaurants, shops and retailers isn’t far behind.

As an executive vice president and director of retail brokerage for Kennedy Wilson, Shapiro has witnessed the influx firsthand. He’s also leading the charge on signing retailers to the Culver Steps, a four-story complex in downtown Culver City owned by Hackman Capital Partners. There’s 40,000 square feet of retail, 75,000 square feet of office leased to Amazon Studios, and a public plaza space.

With the opening on the horizon, Shapiro tells us about his vision for Culver Steps, the changes in store for the petite, five-square-mile city, and even answers the perennial L.A. question: Where should I park?

Commercial Observer: With Amazon and HBO leading the influx of new tech and creative media companies, is Culver poised to become the next Venice?

Lee Shapiro: I don’t think it’d be quite the next Venice, no; I don’t think it’d be quite in that form or function. Venice and Abbot Kinney have a lot of older industrial buildings historically, that were then converted to creative office space. And I think the retail and restaurants were built around that. The Culver City market has, in this iteration or this cycle, had a lot of large block office space come to market, which is now being filled by the companies you mentioned.

What are some of the area’s biggest strengths? Is it linked to those big blocks of office space?

I think so. I think the core infrastructure that the city planners worked on historically created the foundation for the growth.

Culver City is really the hottest market right now, in my opinion, in West Los Angeles for attracting retail, restaurants, fitness tenants, the office market. And the residential community that surrounds the Culver City core market has appreciated dramatically because of all this new growth.

Walkability is one of the major draws of Culver City. How did that factor into the design of the Culver Steps?

Although it has some good restaurants like Akasha and Public School, or it has the Landmark theater, historically people would come but wouldn’t stay, and wouldn’t hang out. There really was nowhere to just have some common space in the center of the city.

It’s going to create a sense of place where people can actually just hang out, work on their computers, bring the kids, and have many services beyond the Culver Steps alone, but in the surrounding areas.

It’s a bit of a drag to drive somewhere, and then afterwards have to immediately jump back into your car.

That comment works directly into our merchandising plan. The community space, excuse the expression, really feeds off of the restaurants. And the health and wellness tenants are across from Trader Joe’s.

So the customer who comes to the Culver Steps can pull in, have valet parking if they desire, or there are 100 parking spaces at the Culver Steps that are actually owned by the city. It becomes a seamless ability to park in multiple parking lots, on property or immediately contiguous to the property, and get an hour free.

It kind of breaks up the ability for the customer base to have the valet experience or the self-parking experience seamlessly, and that’s really a tremendous benefit in terms of how people think, live and shop in L.A.

So, what’s the update on Culver Steps? Have you signed any new tenants?

I’m sorry to say that I cannot state that yet. We’ve had over 100 written offers from tenants for the ground floor retail here. The owners are reviewing seven or eight different leases right now, they’re in various stages with tenants that have been selected; hopefully they’ll be executed in the next few weeks. It’s a mix of fast casual restaurants, service-oriented restaurants, specialty fitness tenants, and fashion retailers.

What’s on the horizon for Culver City?

There’s going to be all this buzz about who is moving to Culver City: restaurants, retail, fitness. You’ll hear about it in the next six months, I’d call it. Or even the next year, with other projects like Ivy Station yet to announce a whole new crop of tenants. And everyone’s going to want to go and check it out, at least one.