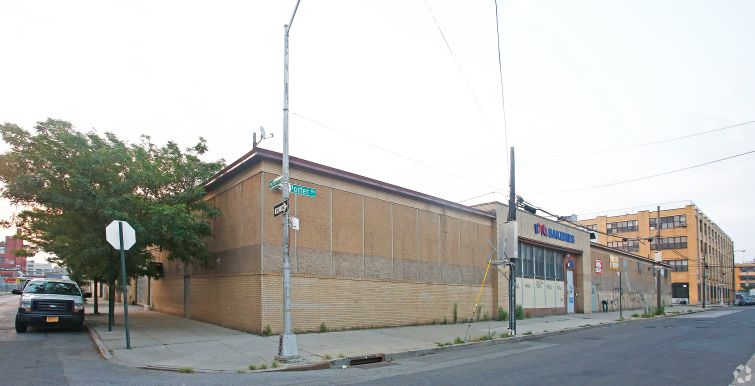 Marketing agency Madwell is relocating its offices in East Williamsburg, Brooklyn, about a mile east of its current headquarters, Commercial Observer can first report.

The creative firm has inked a 22,000-square-foot, long-term lease for Bushburg Properties’ warehouse at 65-87 Porter Avenue, according to ABS Partners, which handled both sides of the transaction. Asking rent in the deal was $33 a square foot.

The unfinished, single-story industrial building used to be home to a company called Voila Bakeries, and it still bears the bakery’s red-and-blue-lettered sign. Although Voila moved out five years ago, another food tenant moved into the building in 2017—a commissary for an undisclosed New York City restaurant group, said ABS broker Ben Waller, who represented the landlord and the tenant in the deal. The commercial kitchen occupies the remainder of the 32,000-square-foot building between Ingraham Street and Harrison Place.

Madwell is currently spread across a couple different small commercial buildings at 243-247 Boerum Street, by Bushwick Avenue on the western side of East Williamsburg. It plans to move to Porter Avenue, which is in the heart of the neighborhood’s industrial zone, later this year.

Waller explained that Madwell has outgrown its current space and wanted to consolidate into one building. He described the Porter Avenue property as a “totally raw warehouse with very high ceilings and good column space.”

“It’s a unique use for a single story warehouse building,” he added. “The building didn’t have windows for a long time, and once windows were installed, it changed the way tenants looked at the building.”