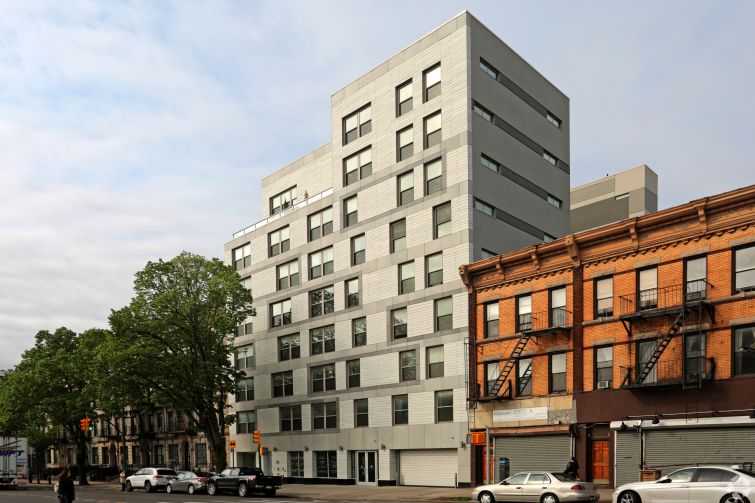 Thomas Anderson, the head of a Brooklyn development firm, has picked up a $67 million mortgage from Citigroup for an apartment complex he developed next to Prospect Park, according to city property records.

The loan, which closed mid-July, refinances Anderson’s stake in a pair of connected buildings in the Prospect Lefferts Gardens section of Brooklyn. It rehashes a prior loan in the same amount that came two years ago from Apollo Commercial Real Estate Finance. Santander and Sovereign Bank also had turns as the project’s lender beginning in 2011, when Anderson’s company, Anderson Associates, bought the development lot for $6.5 million.

Aleksander Goldin, a developer who partnered with Anderson on the building, signed the loan documents.

The buildings, 31-33 Lincoln Road and 510 Flatbush Avenue, are a block from Ocean Avenue, which forms Prospect Park’s southeastern boundary. The Lincoln Road building has 90 apartments and the Flatbush Avenue structure has 51; at each, 30 percent of the units charge affordable rents.

When Anderson pinned down the bridge loan from Apollo in 2017, construction was mostly through and the Flatbush building was partially leased, but the Lincoln building didn’t have a certificate of occupancy, The Real Deal reported at the time. Last year, the developers held a lottery to apportion the affordable apartments in the Lincoln building, 6sqft reported, a likely sign the development was in good shape to earn a refi from a long-term lender such as Citigroup.

That lottery offered renters studio apartments for $1,807 per month and two-bedroom units for $2,733. Market-rate dwellings have commanded steeper sums. An unrestricted studio went for $2,300 per month in June, according to StreetEasy. And this month, someone rented a two-bedroom penthouse unit in the nine-story Lincoln building for $3,420.

Citi Habitats, which is responsible for leasing, markets both buildings under the 33 Lincoln address. The complex has a roof deck, a fitness center, and, for an additional fee, indoor parking. Some apartments have balconies.

Anderson, an architect by training, founded a development company in 1986, as per his website. The company’s development and architectural portfolios include dozens of residential high-rises and conversions in Manhattan and in gentrifying parts of Brooklyn.

Anderson and a spokesperson for Citigroup didn’t immediately respond to inquiries.