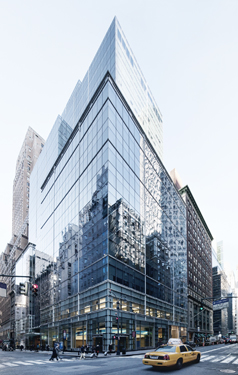 Carlton Group’s founder Howard Michaels, who started the company in 1991, passed away last year and was succeeded by Michael Campbell as CEO and Daniel Bildner as COO.

The new office will offer additional space for Carlton’s 30-person staff. “We have expanded and diversified our team and service lines in recent years, and wanted to upgrade our space to maximize communication, productivity and collaboration,” Campbell said, and the new office accomplished those objectives.

In addition to its New York office, Carlton Group has offices in Florida and California, as well as several European countries. Other tenants at the building include British newcomer Etc.ventures, German lender Aareal Capital Corporation and investment firm Seaport Global.

The lease includes the option to extend for a further five years.

CBRE declined to comment. ATCO did not provide asking rents at the building.