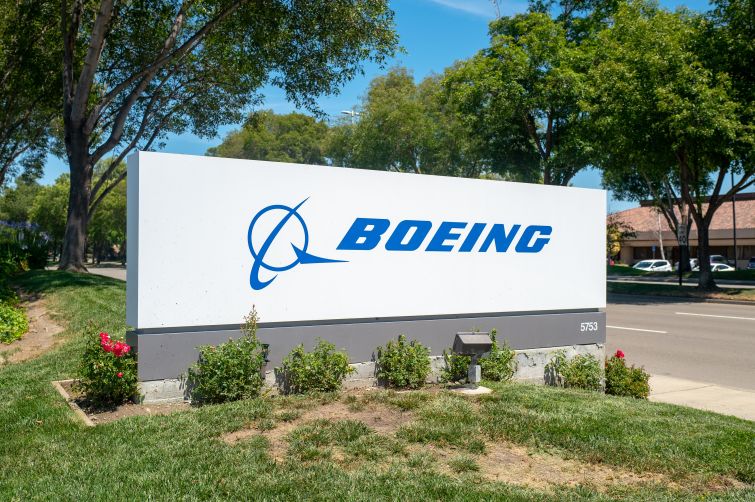 A sign outside of a Boeing office. Photo: Getty

New York City’s Vella Group is paying $50.8 million for an office campus in El Segundo, Calif., occupied by Boeing, according to an announcement from the deal’s brokers today.

Newmark Knight Frank and CBRE represented the seller, a private family trust, in the sale. NKF’s Kevin Shannon, Ken White and Michael Moore worked on the deal, along with CBRE’s Bill Bloodgood.

Boeing has the office space leased until 2020, after which Vella plans a renovation to attract creative-industry tenants.

“Once Boeing vacates the asset, the buyer intends on completely redeveloping and repositioning the property into a creative campus,” Bloodgood said in a statement. “The repositioning concept will be attractive to media, tech and entertainment tenants.”

Real Estate Alert first reported in February that the property was coming up for sale. About 160 potential buyers showed interest and 60 toured the site, per NKF. Rents in El Segundo have shot up by more than a third since 2016, the brokerage said.

“This property has excellent street identity along [the Pacific Coast Highway], an ideal location within the heart of the El Segundo market,” Shannon said. “That combined with the tremendous tenant momentum in El Segundo created an extremely desirable and competitive investment opportunity.”

Flipping office buildings for newfangled tenants has become a popular sport in the Los Angeles County municipality, with several similar deals reaching the finish line this year. In May, TA Realty paid $138.5 million for an El Segundo office building that was fully leased to Northrop Grumman, with plans to start a head-to-toe renovation once that aerospace company’s lease ended this spring. And in April, a private investor bought a 55,000-square-foot El Segundo building for $31 million with designs to lease it to WeWork.

Compared with its L.A. County peers, El Segundo boasts lower tax rates and a government revenue scheme that’s friendlier to office tenants: Twice since 2005, the Los Angeles County Economic Development Corporation has picked it as the most business-friendly among the county’s 88 cities.

Vella Group could not be reached.