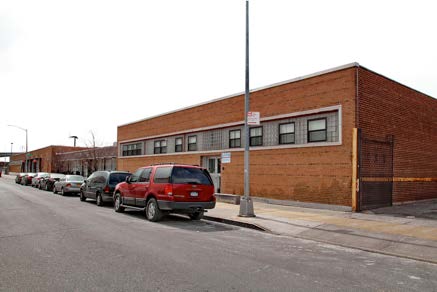 The 52,500-square-foot warehouse that Prestone Press had used as their printing facility was sold to the real estate investment firm on July 10, according to Andreas Efthymiou of C&W.

Alexandria Real Estate plans on renovating to create a research and development office and lab space, according to the release.

Along with Efthymiou, C&W’s Stephen R. Preuss and Joshua King represented Alexandria Real Estate in the sale. Prestone Realty was represented by Keller Williams Realty, according to Efthymiou. Spokespeople from Keller Williams Brokerage didn’t respond to questions from the Commercial Observer.

“Long Island City continues to emerge as the new hot spot for commercial real estate in New York City,” said Preuss in a prepared statement. “This property presented an excellent opportunity for the seller to capitalize on the highly sought-after location.”

The property, which has 112,200 buildable square feet, is located between 47th and Hunters Point Avenues. Prestone Realty had occupied the space since 2005, the release stated. The printing company decided to move locations—they are currently leasing another space in Long Island City and have a facility in New Jersey, Efthymiou said.