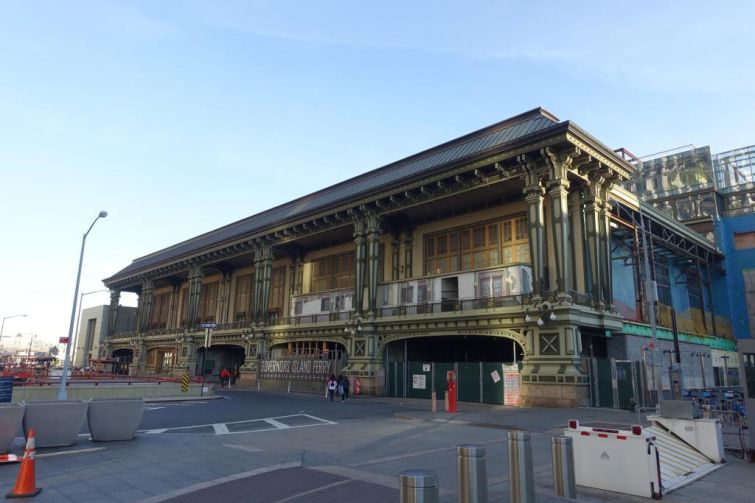 ACORE Capital has provided an $80 million construction loan package to Midtown Equities and Cipriani S.A. to jumpstart the redevelopment of the Battery Maritime Building at 10 South Street in the Financial District into a mixed-use and luxury hotel development, Commercial Observer has learned.

The floating-rate financing included $60 million in mortgages, including future funding components, and roughly $20 million in mezzanine debt that will help get the long-stalled project back up and running. Property records show the debt includes a $38 million building loan, a $9 million project loan, and a $2.7 million senior leasehold mortgage. The deal closed at the end of last month.

“This is a project we’re exceptionally confident in, and we think the real estate itself is irreplaceable — the location, the access, the architectural aspects — it has everything you’d look for it a great real estate transaction,” ACORE co-founder and managing partner Boyd Fellows told CO. “With what Midtown Equities, Cipriani and Centaur [Properties] plan to do, we’re big believers that this will be an exciting project. We’re talking about absolute world-class sponsorship on the real estate side as well as on the business plan execution side with Cipriani, who is second to no one in the space.”

The project is a planned luxury hotel and event venue in the Financial District that will be called Casa Cipriani and will include a Cipriani-branded social club. In quite a short amount of time since the current sponsors took over, it’s anticipated that they will begin hosting events at the development as early as the fourth quarter of this year, a source said.

“What it’s going to be is unparalleled Cipriani event space with amazing views of the Statue of Liberty and the Brooklyn Bridge,” ACORE managing director Tony Fineman said. “The architecture they’re restoring will be incredible. It’s going to include a Cipriani-branded social club, event space and luxury hotel.”

Last August, Crain’s New York Business reported that Midtown Equities stepped in to take a 30 percent stake in the unfinished redevelopment. The report said that the capital infusion would get construction back on track that fall, with construction expected to wrap in 2020.

In 2007, The Dermot Company was first tapped to handle the conversion of the former ferry terminal into a hotel that would include a rooftop restaurant and public space. The project later stalled due to solvency issues, and in 2015, the city’s Economic Development Corporation (ECD) filed suit against the developer to recoup unpaid rent, according to a Crain’s report.

A decade later, Dermot turned over the reins of the sublease to Centaur Properties and luxury international restaurant and club company Cipriani, who then received approvals to finally finish the project by 2018. But development never restarted, according to Crain’s.

In June 2018, the ECD announced that Midtown Equities would take a position in the building in the form of a mezzanine loan, partnering with Centaur and Cipriani.

The Battery Maritime Building was constructed in the early 20th century and was first used as a ferry terminal connection to Brooklyn until the late 1930s. In the years since, it shifted hands among government agencies until 2007, when Dermot received the rights to redevelop it.

Officials at Midtown Equities could not immediately be reached.