470 PAS: Come for the Office, Stay for the Firepit 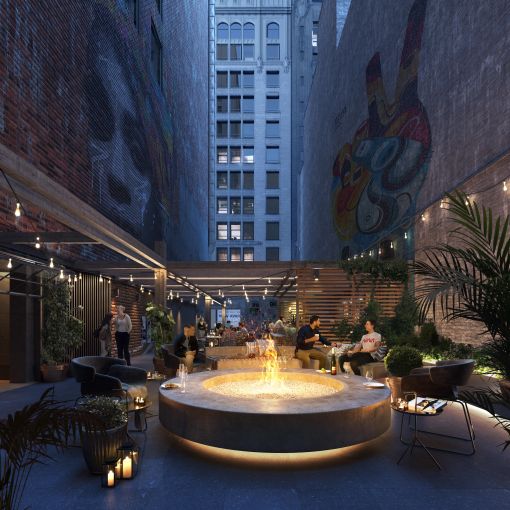 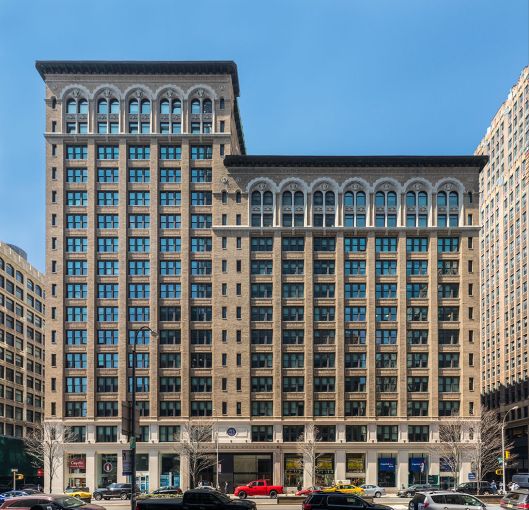 The Art Deco building was purchased by SJP and PGIM Real Estate last year for $245 million Courtesy of Gensler. 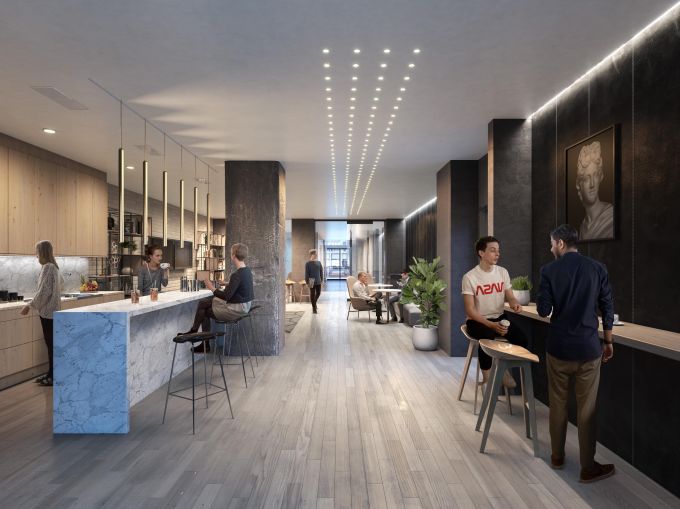 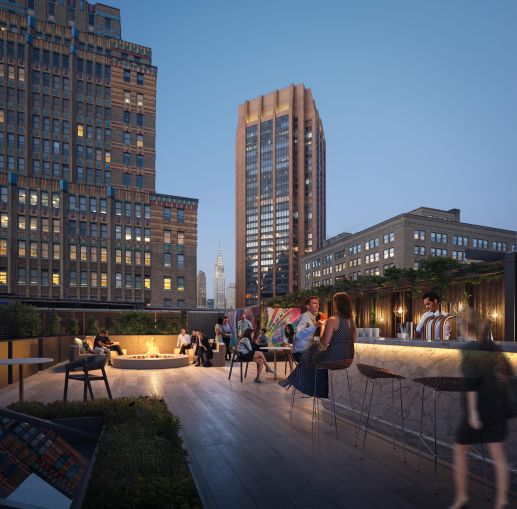 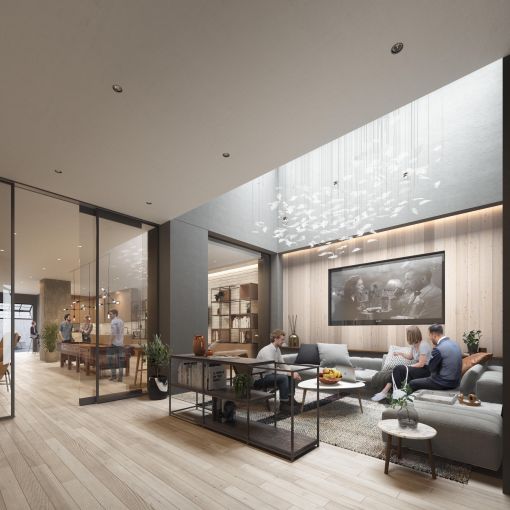 Part of the appeal of the Midtown South building is its slew of amenities. Courtesy of Gensler.
Previous Next

Plenty of office landlords are putting in new amenities, from lobby seating to outdoor terraces to gyms, but SJP Properties is betting that no one else will have a firepit.

The real estate investment firm purchased the office building at 470 Park Avenue South with PGIM Real Estate last year for $245 million. Now they’re looking for ways to attract high-paying tenants to their building between East 32nd and East 33rd Streets, which is one of many aging Art Deco office towers in Midtown South.

SJP plans to renovate part of the lobby and add comfortable seating near the entrance. As visitors walk west on the first floor, they’ll encounter a gaming area with a pool table, and then finally a cafe with a coffee bar, couches and a combination of high and low seating. The amenity area—which is being carved out of retail space that once held a restaurant kitchen—will be branded the “Club at 470.” The whole vibe of the proposed design is softened industrial chic, with exposed concrete columns, white oak paneled floors, a long white-and-black marble bar, white painted exposed brick along one wall, and dark, textured leather panels on the opposite wall. White cafe tables flanked by off-white eames chairs and a gray banquette round out the seating.

But the selling point of the 5,000-square-foot renovation, designed by Gensler, is a circular outdoor firepit. When tenants enter the building from Park Avenue South, they’ll see a roll-up glass garage door on the south side of the lobby which leads out to a firepit, along with an outdoor bar shaded by a large wooden trellis. The outdoor space, currently a vacant lot, will be outfitted with mid-century modern chairs, low tables for cocktails, and a concrete-and-wood bench near the fire.

The patio will be used “from a meeting standpoint and from a happy hour standpoint,” said Zach Freeman, a senior vice president at SJP Properties who’s overseeing the renovation. “I think [the firepit] will really serve to bring the tenant population together.” He added that the firepit “speaks to the tenancy we’re going after in the building, tech and media.” (No barbecuing is expected.)

The Gensler team behind the revamp said they wanted to find a way to utilize the small but unusual space in the building.

“We don’t want to take away leasable space, but we want to give buildings personality,” said Gensler’s Tom Vecchione, the strategy director on the project. “So we’re always trying to find things like back alleys, elevator shafts, basement space. When we found the back alley, we were like, ‘Wow this is a bit of Oakland, California, Brooklyn, and The Secret Garden, all in one place. How do we unravel it?’ ”