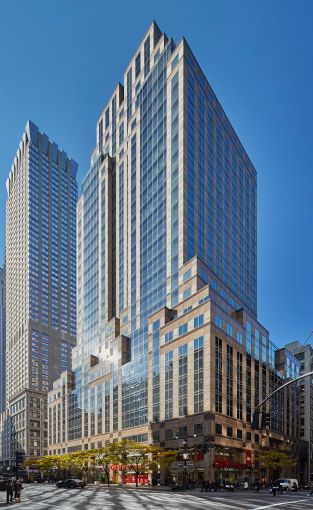 “Witkoff has extensive knowledge of the office condominium market and has been involved in many notable acquisitions and projects in Midtown and throughout Manhattan,” Appel said in prepared remarks. “We are pleased to have been able to refinance with the existing lender on terms that benefit both parties.”

Last month, Steven Witkoff’s firm sold two of his previously held four condos at the property for a combined $52 million. He offloaded the fifth floor condo to Ziff Brothers Investments for $27.3 million and sold the fourth floor to Mediterranean Shipping Company for $25.1 million.

An official at The Witkoff Group did not immediately respond to a request for comment.

Built in 1990, 420 Fifth Avenue is a 28-story office condo located two blocks south of Bryant Park, between 37th and 38th Streets in Midtown. The roughly 600,000-square-foot building has a two-story lobby and 45 condo units.

The office—designed by BBGM Architects, according to CoStar—is currently 95 percent leased, according to CoStar, and includes office tenants such as The Rockefeller Foundation and Italian eyewear manufacturer, Luxottica Group, among others. The current asking rent at the location is $65 per square foot, CoStar data shows.

MLS moved into the building in May 2005 and have remained and even expanded since, according to JLL. The league now occupies the entire sixth and seventh floors—just over 64,000 square feet—on a lease that expires in October 2021, according to data from CoStar Group.

“Midtown continues to be one of the most sought after and active office markets in Manhattan,” Kurland said in a prepared statement. “With MLS’ continued commitment to the property and best-in-class ownership such as Witkoff, the unparalleled appeal of this offering was unquestionable.”

The appeal of soccer in North America has been growing for years. The league currently has 24 teams spread throughout the U.S. and Canada, and in April, the league voted to expand to 30 teams over the “coming years,” with Miami and Nashville expected to join in 2020 and Austin, Texas the following year. MLS has added a staggering 17 teams under its banner over the last 14 years.

The league has also moved forward in discussions with St. Louis and Sacramento, hoping to approve those bids as the 28th and 29th teams by late July.