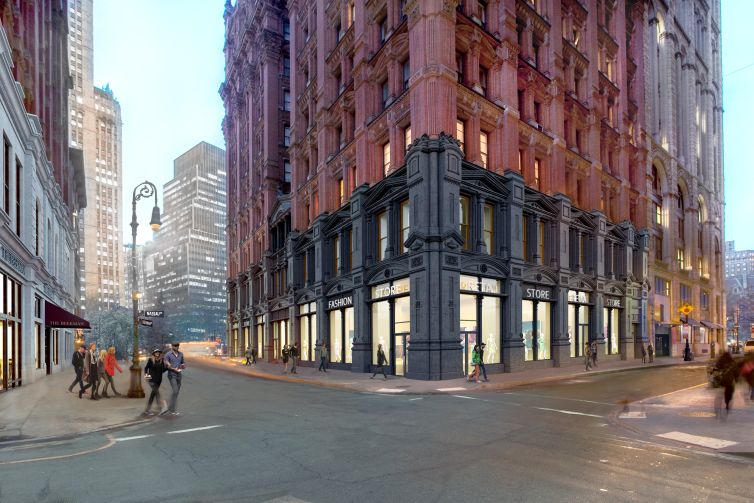 The skincare company—which has locations throughout the Northeast—signed a 10-year lease for 1,340 square feet at the base of the landmarked co-op building, located at the corner of Nassau and Beekman streets in the Financial District.

This will be The Finery’s second location in Manhattan, after their flagship space at 381 Park Avenue South.

“We are pleased to welcome The Finery to 2 Beekman Street. With a central location in close proximity to multiple transportation options, the property is an ideal fit for the growing company,” said Thor CEO and chairman Joseph Sitt in a prepared statement.

Known as the Potter Building, 2 Beekman was built in 1886 by Orlando B. Potter after the former building on the site was destroyed by a fire in 1882. At the time it was known as the old World building because it had been occupied by the New York World until a few months before the fire. It was a few doors down from the old New York Times building, which gave the block the nickname, “Newspaper Row.”

The building can also be identified by the addresses 38 Park Row and 145 Nassau Street.

Other retail tenants at the building include Starbucks, Unlimited Biking and Anotonella’s Salon.