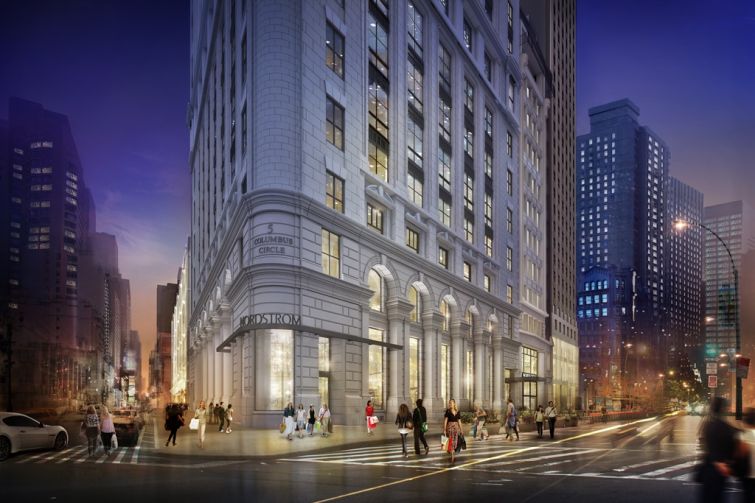 The educational firm signed a 10-year lease for 25,000 square feet on the fourth and fifth floors of the 21-story office building, also known as 1790 Broadway, located between West 57th and West 58th Streets, The Real Deal first reported.

The building is owned by a partnership between the families of the shipping magnate Spiros Milonas and John Catsmatidis of Gristedes and Red Apple Group fame.

“Kaplan’s commitment to two full floors speaks to the allure of 5 Columbus Circle to a variety of national and international companies as well as our continued commitment to making this unique property one of the best business addresses in Columbus Circle,” said Christos Kotsogiannis, the company’s vice president of real estate, in a prepared statement.

Other office tenants in the building include Columbia University, RadNet, Victoria Hagan and the Rhodium Group, according to information from JLL. As for its retail section, department store Nordstrom is opening an 8,000-square-foot store in the building, to coincide with the opening of its seven story flagship around the corner, at Central Park Tower, as Commercial Observer previously reported.

The building, constructed in 1911 and designed by the same architects behind the New York Public Library’s main branch on Fifth Avenue, was landmarked in 2000. Its base was recently renovated and restored to the original French Modern style in which it was built, per CO’s reporting.

JLL did not provide asking rent for the property.