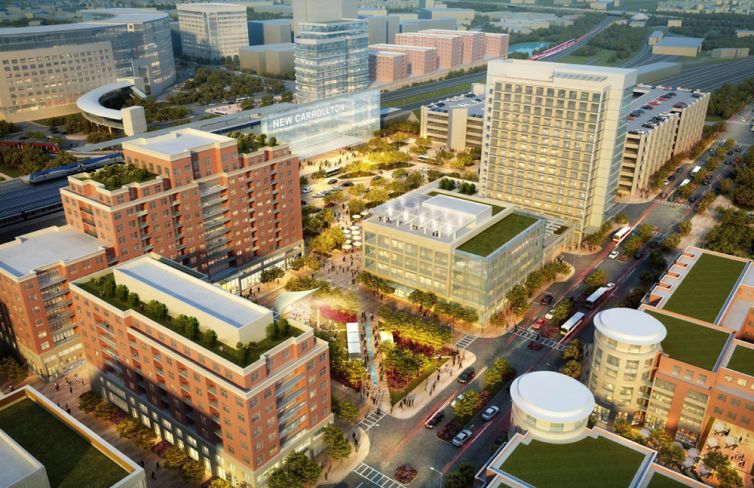 A rendering of The Stella. Credit: HFF

Urban Atlantic has nabbed a $47 million construction loan from TD Bank for the development of The Stella—a 282-unit multifamily project in New Carrollton, Md., according to information provided by HFF.

“The Stella represents one of the marquee developments in the region,” Leachman said in prepared remarks.  “The site is located within an opportunity zone and adjacent to the New Carrollton metro station. These factors, coupled with the involvement of a premier developer like Urban Atlantic, drew a tremendous amount of interest from institutional groups looking to capitalize on the new tax laws.”

Located at 3950 Garden City Drive, The Stella represents phase two of Urban Atlantic’s New Carrollton Metro master-planned development, which spans 2.3 million square feet and is being co-developed with Forest City Enterprises. Approximately 40 acres of surface parking lots are in the midst of being transformed into a mixed-use redevelopment that will comprise 1,500 residential units, 1.1 million square feet of office space, 150,000 square feet of retail and a 200-key hotel.

The Stella’s units range from studios to three-bedroom residences, and the property also features 3,500 square feet of ground-floor retail space. Building amenities are set to include a swimming pool, a game room, co-working space and a coffee bar. Construction is expected to wrap in the fourth quarter of 2020.

“We are proud to be a part of the Urban Atlantic’s commitment to provide new high-end housing for Maryland’s citizens,” John Howell, a vice president at TD Bank, said in a statement.  “This project will help address the critical need for transit-oriented housing in close proximity to Washington, D.C.”

The Washington Metropolitan Area Transit Authority (WMATA) selected Urban Atlantic to develop the land—owned by the WMATA—in 2016.  In April, the transit agency announced it would occupy a full office building at the development, as reported by Bisnow.