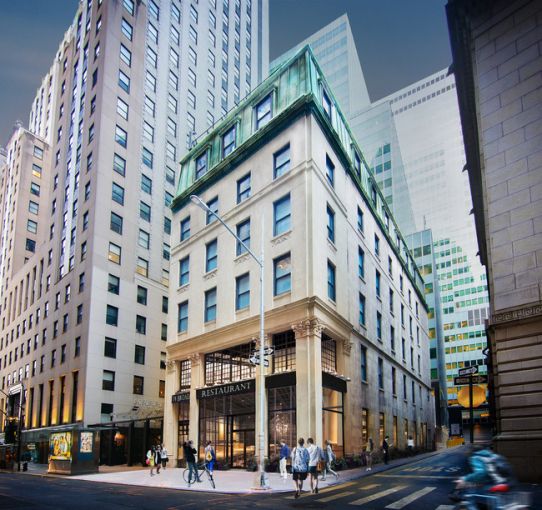 Tacombi, the purveyor of homestyle Mexican food, will be opening its first branch in the Financial District in the newly renovated 74 Broad Street, according to RKF, which brokered the deal for the landlord.

Andrew Stern and Alex Arsenis at RKF represented landlord Caspi Development on the lease, according to Stern. Tacombi signed a lease to operate a restaurant and bar across 2,898 square feet of ground floor retail space, Stern told CO. He declined to comment on the length of lease and the asking rent.

“We think its a very exciting tenant that’s coming to the area,” said JLL’s Brett Harvey, who is marketing the office floors above Tacombi’s future space.

Denizens of the downtown office lunch crowd may agree. The restaurant, which opened on Elizabeth Street in SoHo in 2010, has expanded with outposts in Fort Greene, Brooklyn and Montauk, Long Island, among others.

Michael Greenberg and Larry Link of Level Group represented the Mexican food chain in the deal. The brokers did not respond to requests for comments.

The six-story building, located between Beaver and Stone Streets, is wrapping up a redevelopment led by owner Caspi Development, which purchased the building for $12.3 million in 2005, according to city public records.

The building has 23,345 square feet of office space available across five floors, plus a private roofdeck, according to JLL. The individual floors are designed to house a single tenant across about 4,650 square feet. The spaces went on the market this week, with the asking rent ranging between $60 to $68 per square foot, according to Harvey.

The modernized facilities at 74 Broad include updates to the a/c and new elevators. Caspi also added large windows across the building, exposed brick walls in the interior, and hardwood floors. There are tin ceilings on every floor as a nod to the building’s historical architecture, Harvey said.

Update: This story has been updated to include the name of the firm and the brokers representing the landlord in the lease.