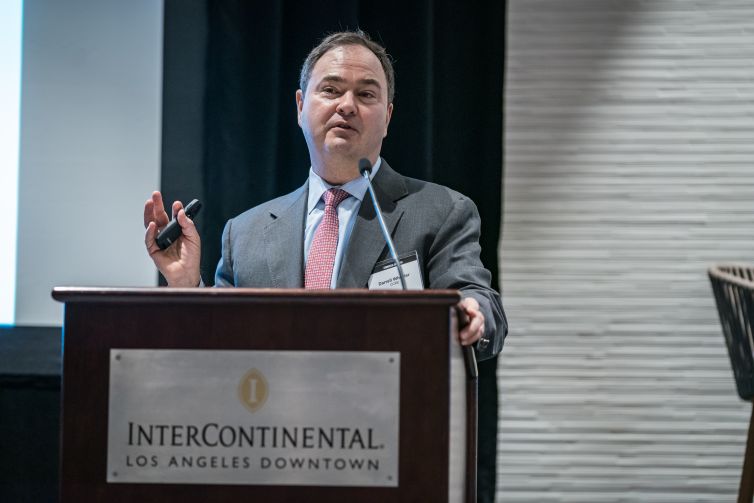 What goes up must come down, and after a sustained economic recovery from the depths of the 2008-2009 credit default swap crisis and recession that is now more than 10 years out, the question is when and what sectors will suffer when the inevitable downturn comes, as pondered by experts at Commercial Observer’s Spring Financing CRE Forum in Los Angeles last week.

Darrell Wheeler, head of strategy at CCRE, opened CO’s forum by providing an overview of the current landscape, examining the amount of construction and how much has been delivered within different property types.

While he said office development has been active in the last five or six years, most developers in the sector anticipated a recession that occurred from 2016 on and, as such, lenders have only been lending when they have tenants.

Multifamily, which he said has been built to the largest level “we’ve ever seen,” and that hasn’t been much of a problem in the United States because population growth—which he said always grows by 1 percent since the 1940s—has made up the difference.

“If we had to highlight an area that might be a problem, this is the one that’s probably O.K. It’s seen the vacancy rate come down by 2 percent from 8 to 6 [percent] nationally,” he said.

The industrial sector is, unsurprisingly, expected to be in “pretty good shape to start any sort of recession.” Demand for the product was brought home by the Blackstone Group’s record-breaking $18.7 billion purchase of 179 million square feet of U.S. warehouse space from Singapore-based GLP, earlier this week.

In terms of rent growth in the hotel and multifamily rental market, Wheeler said it was closely tied to employment growth, which is slowing and may be further hindered if there is a crackdown in immigration.

“The big challenge is you’ve got to have this employment growth continue, and if you start and look at the non-farm payroll every month, it’s hard to add 200,000 jobs every month. When your unemployment rate starts to get below 5 percent, you start to run out of people to employ,” he said, predicting a potential 12 to 24 months of economic growth before a potential slowdown.

His prognosis was seconded by the UCLA Anderson Forecast, which was issued the following day. Economists, drilling down into both national and state-level indicators, such as the most recent GDP data, bond market data and slowing job growth, did not see a rosy future.

Citing a record-level of Californians employed (18.7 million) and low unemployment rate in the state, Jerry Nickelsburg, director of the UCLA Anderson Forecast, wrote that the state “is, quite simply, running out of people to be employed.” He anticipates hiring to slow from its current 1.4 percent rate to 0.8 percent in 2020 and a measly 0.6 percent by 2021.

Considering such factors, the report increased the possibilities of a recession from near zero to 15 percent for the next year ad to between 24 to 83 percent for 2021.