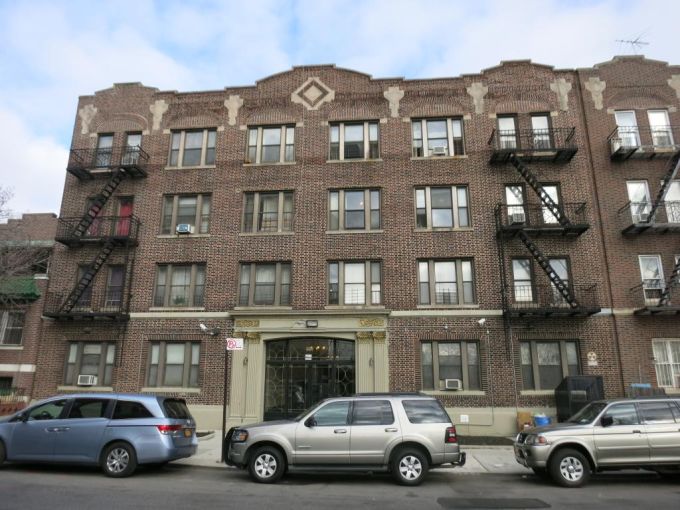 In 2016, the tenants of 601 Crown Street, a prewar walk-up in Crown Heights, Brooklyn, received notice that their building was being converted to condos.

At the time, all but three of the units were rent regulated so, according to the law, those tenants could get first dibs on buying their apartments—or they could choose to renew their leases. As of this March, six units were in contract for a total of $2.7 million, according to the financial statements of the building’s landlord, Joel Wiener’s Pinnacle Group.

The same process occurred with many of the properties at Pinnacle’s large rental portfolio throughout the city, 97 percent of which is rent-stabilized. A key part of Pinnacle’s strategy is converting still-occupied buildings into condos, a process currently underway at 28 of the company’s properties.

In fact, a significant portion of Pinnacle’s cash flow in the last several years has been through condo sales, despite the small number of apartments they represent in proportion to the company’s portfolio.

But that strategy could be threatened by upcoming rent regulation reform in Albany.

Later this month, the state legislature will vote on nine proposals for rent regulation reforms that could significantly limit when and how stabilized units could be deregulated. The proposals would end vacancy decontrol, curtail preferential rent, and eliminate rent hikes for improvements to apartments and buildings, as well as the vacancy bonus, which allows landlords to increase the rent by 20 percent when a tenant leaves.

The proposals will be decided by June 15, when the rent regulation rules set by the city’s Rent Regulation Board are scheduled to expire.

“Everyone’s poised and waiting,” said Luise Barrack, a partner at Rosenberg Estis, whose clients have been preparing for the outcome since the election in November resulted in a majority Democratic legislature.

“The concern is that what’s going to be passed is going to make it impossible for landlords and developers,” Barrack said. “You’re going to put private owners and developers potentially out of business.”

In addition, even if the costs and income could balance out in the long run, buildings that were traded and financed on the assumption that apartments could be deregulated under the current criteria will be significantly impacted, said David Schwartz, founder and CEO of development firm Slate Property Group.

“I think there’s going to be a tremendous loss in equity value,” he said. “It depends on what basis you bought it at. If you need tenants to move out in order to make it work, you’re going to be in trouble.”

But even in the case of Pinnacle, a long-term owner, the company’s strategy has relied on revenue from condo sales rather than rental income alone. In fact, the net operating income (NOI) for Pinnacle’s public subsidiary in Israel has declined since 2015, despite increases in average rent and in rental income.

The subsidiary, known as The Zarasai Group (named after the Lithuanian town where Wiener’s family originates from), has a portfolio of 125 income-producing properties with 9,120 apartments. They include 105 rent-stabilized buildings with over 7,000 apartments, 14 of which have been identified for condo conversion, and 16 of which are completed condo conversions.

Zarasai’s debt is primarily made up of 111 senior loans from New York Community Bank totaling $697.7 million and roughly $550 million in bonds on the Tel Aviv Stock Exchange.

Rental income for the Zarasai portfolio increased from $137 million in 2017 to $143 million in 2018, an increase of 4.3 percent, while the NOI for the same properties dropped 8.75 percent to $50.9 million during the same time, indicating an increase in costs.

The rent increase is in line with the city average. According to the annual Income and Expense Study released by the city’s Rent Guidelines Board in April, income in rent-stabilized buildings increased 3 percent between 2016 and 2017, while expenses grew 4.5 percent, translating to a NOI increase of 0.4 percent. While 2017 was the 13th consecutive year that NOI rose, it was the lowest growth registered in that time.

Zarasai’s rental income was supplemented by condo sales, which increased from a total of $46 million in 2017 to $59 million. Despite the increase in volume, NOI dropped from $33.2 million to $26.6 million.

Combining the two, the NOI for Zarasai as a whole was $79 million in 2018, down from $92 million in 2017, according to the company’s financial records. Once the company’s financing and operational costs are calculated—which include roughly $25 million a year in interest payments on the NYCB loan, $22 million in interest payments on the bonds, as well as capital expenditures and corporate expeneses—it becomes clear that the cash flow from condo sales is necessary for Zarasai to stay out of the red.

And those sales are dependent on vacancies. In its year-end report for 2018, the company explained that the decrease in NOI was due in part to increased costs related to their condo conversion strategy, since some apartments remain vacant during the process.

“These actions cause erosion in NOI during the accumulation of vacancy, but on the other hand contribute significantly to the company’s cash flow and profit upon completion of the process and delivery of the apartments,” the company stated in the report.

If the regulations make it harder for apartments to be deregulated, it’s likely to impact the number of units Pinnacle can vacate and sell.

A spokesperson for Pinnacle told  Commercial Observer that “the company will analyze changes to the rent laws when they are adopted” and that they “decline to speculate on what those changes will be.”

“At this stage, the company is unable to estimate which proposals will be approved, if any, and therefore what the effect will be on the company,” the report stated.

In light of statements by Governor Cuomo, and the legislators in support of strong tenant reform, it’s more than likely that some, if not all, of the proposals will be passed.

“I’m only hoping that when the legislature sits down, there’s at least somebody on the other side saying, ‘If we do this there’s going to be a consequence. Is that a consequence we want?’ ” said Barrack.