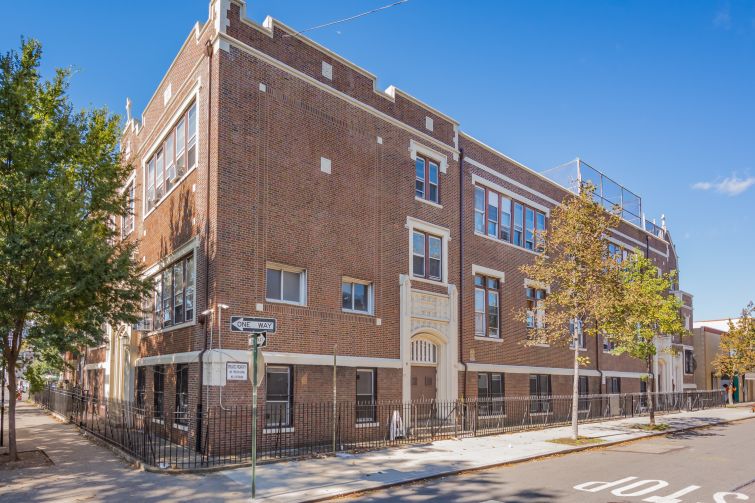 Ardor School for Passion-Based Learning is taking over this former Catholic school at 29 Nassau Avenue in Greenpoint. Photo: CoStar Group

The Ardor School for Passion-Based Learning has leased 20,000 square feet for a new private school at a former Catholic convent in Greenpoint, Commercial Observer has learned.

Ardor will occupy half of a three-story former Catholic school building at 29 Nassau Avenue, between North 15th and Dobbin Streets, according to information from Meridian Capital Group. The independent day school inked a 35-year sublease for the Nassau Avenue side of the building, which is across the street from McCarren Park and Automotive High School. The private school is subleasing from the Argento family, which operates Broadway Stages in northern Greenpoint and has a long-term lease on the property owned by the Slovak Roman Catholic Church of the Holy Family. The building is a brick, Romanesque Revival structure with elaborately carved religious sculpture above the front door and separate side entrances marked “Boys,” “Girls” and “Convent.”

The school is part of a four-building convent complex between Nassau, Dobbin and North 15th Streets; the Roman Catholic San Damiano Mission occupies the rest of the site. (The mission is run by the Franciscan friars, who are trying to bring younger people back to the cash-strapped Catholic church, The New York Times reported in 2016.) Asking rent for the entire, 40,000-square-foot school was $750,000 a year, according to Meridian. The transaction was structured as a triple-net lease—Ardor will pay taxes, insurance and utilities on its space.

Ardor is building out its space, which will serve kids from preschool through eighth grade, and plans to open in the fall.

The property “offered a tremendous opportunity for Ardor” because of “the dense population of school-aged children” in the neighborhood, Goldschmidt said in a statement.

“Schools are just in tremendous demand,” Daniel told CO. “We’re doing a number of spaces in western Queens and Brooklyn with schools. It’s a recession-proof tenant. And as more and more neighborhoods become gentrified, the need for school spaces has become problematic. Everyone wants restaurants and bars, but everyone needs schools.”