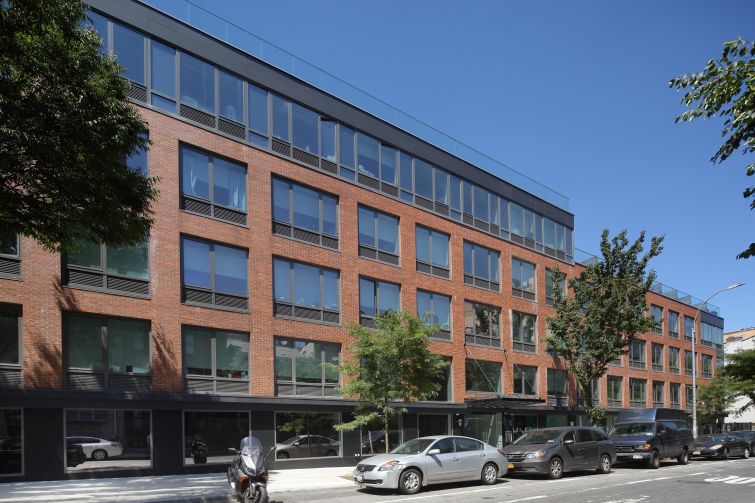 The recently-completed asset was vacant at the time of its purchase, but is now fully stabilized. Roughly 40 percent of its residents are students in creative fields who benefit from 180 Franklin’s close proximity to Pratt Institute. Building amenities include an art studio and a music rehearsal space in addition to a social lounge, a landscaped roof terrace with grills and a fitness center.

“[Muss and Bedrock] have done a really wonderful job with the asset,” Gil said. “Both of these firms are aligned in that they’re both generational-type holders of multifamily real estate. The goal is to hold this property for the long run, watch the neighborhood continue to get better and be part of that [evolution] with this particular asset.”

The financing procured also made that long-term connection, Gil said. Although the debt process was heavily competed, longer-term lenders had the competitive edge and a life company execution was ultimately the best fit.

“The 20-year loan from AXA locks [the owners] in at a pretty competitive interest rate for a long period of time, and solidifies what will be a lower leverage proposition even 20 years from now,” Gil explained.

The deal underscores the fact that the lending appetite for high-quality Manhattan, Brooklyn and Queens-based multifamily is still very strong, Gil said: “From short-term to long-term money, if you have the right asset and the right sponsor you’ll get a very strong reception.”

The building also sits close to the much-buzzed about redevelopment of the Brooklyn Navy Yard, which will add over 2 million square feet of space and 10,000 jobs by 2020, and only add to rental growth in the area.

As for 180 Franklin Avenue’s competitive edge, “it’s got a pretty interesting footprint because it sits on a large site and also has a quieter approach when compared with some other [multifamily properties] on Myrtle Avenue,” Gil said. “No matter where you are in the building you have great light and air as there’s nothing around you. That, combined with the proximity to Pratt, the building’s amenities and its ample parking make it a unique property.”

Officials at Muss Development declined to comment. Officials at AXA did not immediately return a request for comment.