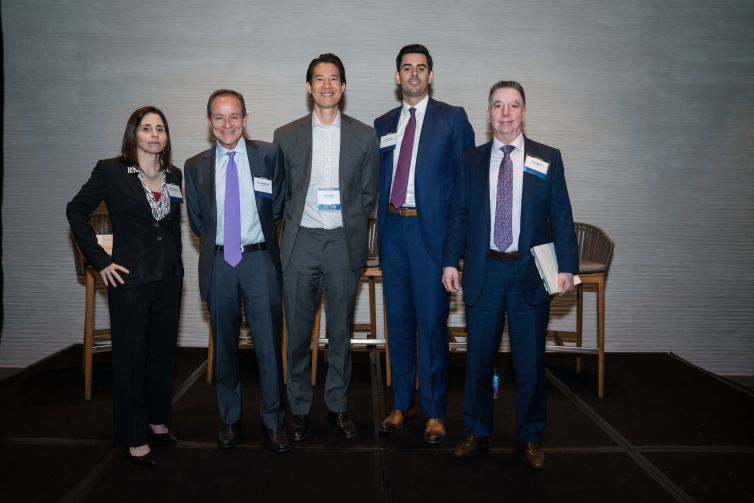 Despite ongoing trade disputes between the U.S. and some of its largest trade partners, as well as a pullback in Chinese involvement, major foreign investment in the commercial real estate sector hasn’t slowed, panelists said at Commercial Observer’s Spring Financing CRE Forum in Los Angeles this week.

Experts on a panel moderated by Loryn Dunn Arkow, a partner at Stroock & Stroock & Lavan, discussed prominent players and what markets, property types and financing were drawing the most suitors.

When polled about whether foreign investment in the U.S. real estate sector would increase, decrease, or stay the same over the next six to nine months, the forecast ranged from “relatively stable” to an expected increase. (The panelists are far from the only ones saying this; according to Real Capital Analytics, cross-border acquisitions of U.S. commercial real estate surged to $94.9 billion last year, increasing 73 percent over the $55.3 billion reported in 2017 and nearly matching the $100 billion recorded in 2015, as reported in National Real Estate Investor.)

“As long as foreign banks keep their rates low and the U.S. isn’t so low, we should see increased capital flow,” Greg Murphy, managing director and head of real estate and hospitality, Americas at Natixis, said.

“One, foreigners diversify their asset base. Two, given that the dollar is so strong, a lot of their own currencies are actually eroding in value, which is what is bringing more dollars in over here,” he said. “Also, I think relative to other places you could go, I think Europe is weaker with Brexit, which is driving more investment over here.”

Despite the assumption that China was the biggest investor in U.S. real estate, Vanderslice said our neighbors up north are the true OGs. Citing data from Real Capital Analytics, Vanderslice said that in 2018 Canada invested around $19.6 billion compared to China—which was only $5.8 billion.

In Los Angeles, Singapore has become a major player in the L.A. market, which Vanderslice said is “just on fire.” Interest is particularly strong for industrial in Gateway markets like El Segundo, which is in the South Bay of L.A. county.

Despite entreaties and interest rates that are flat, Japan is a nation that is largely sitting out investing in commercial real estate, which Vanderslice said was a byproduct of getting burned in the past.

“They were big, say, from 2002 to 2006, and then certainly when the CMBS market hit the skids in 2008, 2009, prices were 65, 70 cents on the dollar and there were no bids even at that level so they had a really bad experience,” he said. Japan is one of the biggest players in the CLO sector—accounting for around 40 percent of the market—Vanderslice said, but in terms of the CMBS market, they continue to sit it out.

But Murphy said that the Japanese are investing in other asset classes in the U.S., namely in aviation, energy and renewables and while it remains rare to see them in real estate, he said there has been “a little toe-dipping that’s happening.”

Gateway markets in general continue to be preferred by foreign investors though each country and type of lenders have their own predilections.

“The German banks tend to go toward gateway markets, oddly penalizing San Francisco and Boston in their models,” Murphy said.

Corey Hall, a senior vice president at Brookfield Asset Management, said with so much debt compression he has been seeing a growing diversification into other markets and asset types as foreign investors are chasing yield in order to find deals that make sense.

“Seattle, Portland, Oakland, those are markets where some will play and some won’t play and I think you’re seeing less efficiencies in those markets because not everybody is there, but it’s not like a decade ago where it’s like New York, San Francisco or Chicago and that’s it,” Hall said. “I think you’re definitely seeing more people having more experience in the U.S. locales and markets. You’re definitely seeing new markets open up.”

Vanderslice noted that Austin has become a major market for foreign investors as the definition of gateway markets expand. In terms of product types, he said multifamily and industrial have been attracting foreign capital, with office and hospitality holding less appeal.

“Multifamily investment by foreigners has gotten big, [accounting for] 30 percent over the last couple of years, definitely industrial,” he said. “From what we’ve seen, multifamily have been bid up by foreign bids and industrial and even though some people have stretched the definition of industrial to include cold storage.”