In the Tranches: Credit Standards, New Entrants and Opportunities 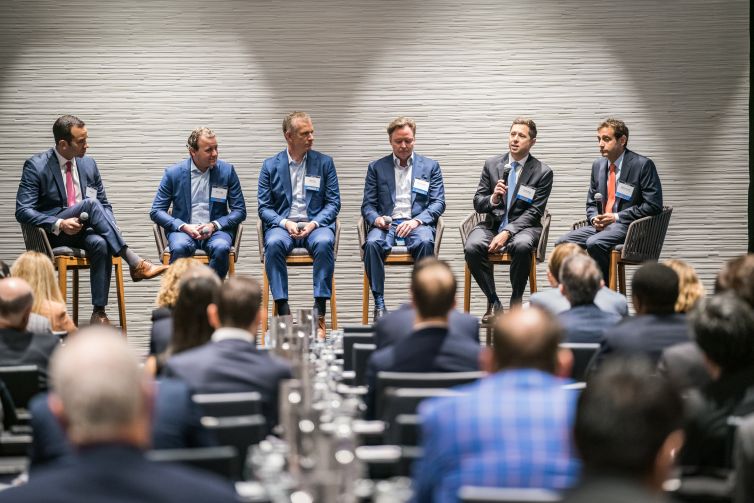 What does the next year hold for commercial real estate lending? Experts from major institutions taking part in the opening panel of Commercial Observer’s Inaugural Spring Financing Commercial Real Estate Forum were a bit divided on the state of the market.

When asked by moderator Bill Fishel, a senior managing director and L.A. office co-head at HFF, about changes in credit standards from the same time last year, several said they were holding strong.

“To the credit of those lenders, the underwriting standards have varied greatly from the last cycle, 2005, 2006, 2007,” Seth Grossman, a senior managing director at Meridian Capital Group, said.

“This time around, you’re not seeing a ton of that. You’re still seeing strict underwriting in the fixed-rate business.”

However, where there is some slippage, he said, was through the entry of new smaller sized players in the space where underwriting is being pushed.

Charlie Rose, a managing director at Invesco Real Estate, said he has seen refinancings being done on appraised values.

“Deals are getting done at 70 to 75 percent loan-to-value, but the valuation is inflated so it’s actually 80 percent. Those real LTVs are a concerning trend,” Rose said. “We’ve also seen a movement toward more [covenant]-light type deals, so longer untested terms, and just lighter cash management.”

Alan Flatt, a managing director at Wells Fargo Bank, said instead of what they did in cycles past, his organization and banks in general are staying lower risk and providing their A-notes or warehouse lines to other firms, which has become a big part of his organization’s strategy. By doing so in today’s current lower leverage environment, he said, “that risk is bifurcated, which is probably healthier for everyone.”

“What we’ve done with other cycles, where we did go off the leverage curve, it ended badly for us, so no thanks,” he said.

Another change from past markets, that has “amazed” Flatt is how the current cycle continues to evolve in what he classified as “mini” or “counter” cycles where investors are jumping into perceived higher-risk sectors, like retail.